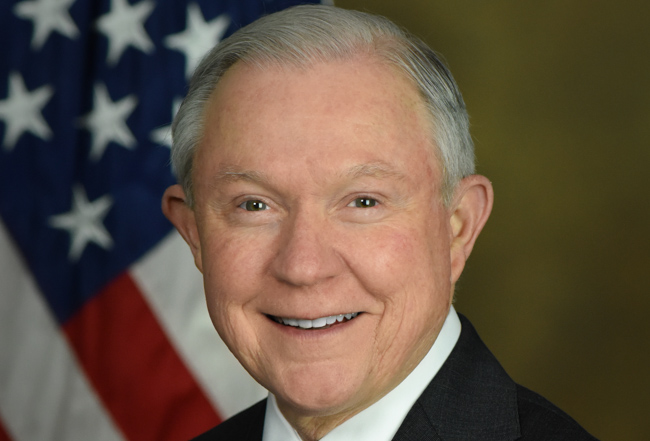 “Here in Georgia, there was a religious liberty bill proposed in the legislature,” Sessions said. “Those moral enforcers, Bob and Harvey Weinstein, were so offended that they threatened to stop filming their movies here. The people of Georgia don’t measure up to the Weinstein standard.”

Harvey Weinstein is the disgraced former film producer who more than 80 women have accused of sexual abuse.

“You are not a hate group,” Sessions said, claiming that SPLC has “used this designation as a weapon and they have wielded it against conservative organizations that refuse to accept their orthodoxy and choose instead to speak their conscience.”

ADF represented former Atlanta Fire Chief Kelvin Cochran in his wrongful termination lawsuit against the city. Former Atlanta Mayor Kasim Reed fired Cochran in 2015 over his self-published book that included anti-gay statements. A federal court sided with Reed in a ruling in late 2017.

The group also sent one of its attorneys to speak out against transgender students at a Fannin County Board of Education meeting in 2016.

Sessions ended the speech by referencing his recent creation of a “Religious Liberty Task Force.”

“Contrary to the elites and their ‘resistance,’ this task force is simply going to help us fully protect our religious freedoms that are preexisting, unalienable. It will make sure that we practice what we preach by holding federal agencies accountable to federal law,” he said.

“It will help us identify more cases that are right and just and deserve to be brought. We intend to keep winning,” he added.

View video of the full speech below.