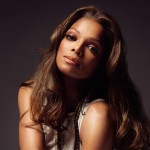 Janet Jackson will kick off her long-awaited “Rock Witchu Tour” Sept. 10 in Vancouver, her first tour in more than seven years.

“This show is for the fans,” she told the Washington Blade, adding that she will perform about 30 tracks during the two-hour show. “It’s a nice mix from ‘Discipline’ and all the other albums.”

She noted that the show is focused on dance tracks and that she hopes to give concertgoers an escape from their problems, citing the current state of the economy.

“It’s a big show,” she said, “a completely different show. It’s very much upbeat. The kids say it shouldn’t be called the ‘Rock Witchu Tour,’ it should be called the ‘History of Janet Tour.’”

As for the vibe and style of the set, Jackson said she’s intrigued by the future so the set design will incorporate futuristic elements. Her costumes will be more elaborate than in the past.

So far, 24 North American dates have been announced, but Jackson said that more U.S. dates will be announced soon and that she’s in talks to take the tour all over the world, including possibly Europe, Asia, Australia, Russia and the Middle East.

For the full story from the Washington Blade, go here.