The family of an 11-year-old bullycide victim in DeKalb County says they are planning to sue the county school system over the April 16 death of Jaheem Herrera. 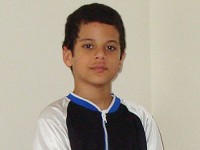 The announcement came Saturday at a vigil for the boy, who committed suicide after continued anti-gay taunts and bullying from classmates. His death prompted an outcry that included gay clergy members holding a vigil and an ongoing investigation by the DeKalb District Attorney.

Gerald Griggs, the family’s attorney, announced the planned lawsuit at a rally outside a Decatur church Saturday. Griggs said the family is seeking an unspecified amount to help fund the Jaheem Herrera Foundation, formed to stop bullying in schools.

“The purpose of the suit is to hold Dekalb County responsible for the actions that led to Jaheem’s death and to force a change in the school policies on handling bullying,” Griggs said after the rally. “This case will send a message that we as a community will no longer tolerate school systems that tolerate terror in the classrooms.”

“I at no point ever heard any child call Jaheem gay or make any other negative comment towards him,” wrote teacher Tanya Hall Lynch. “Also, at no point, have I ever observed any child physically do any harm to Jaheem.”

Rather, she noted: “Jaheem was well-liked and had many friends. He was popular with both the boys and the girls.”

It’s hard to know exactly what to make of these letters, but one interpretation seems completely impossible: It’s highly unlikely that Herrera’s family and friends are making up the stories that he was bullied, especially that he was bullied by being called gay. There’s so much shame and stigma still attached to being gay, unfortunately, that even if someone chose to make up a story about their child being bullied, it just isn’t what they would pick.

So that leaves three other possibilities: either the bullying truly never took place in front of these particular teachers; they were poorly trained or otherwise unable to recognize what was happening; or they are not telling the truth in an effort to absolve themselves of responsibility.

Whatever the case may be, it seems clear that Dekalb teachers — and teachers throughout the state — need much clearer training on bullying, including how to specifically address so-called “sexual bullying,” when students are attacked using slurs related to sexual orientation.