PrEP, prophylactic treatment that prevents HIV infection, should be made accessible to every single person in the U.S. who is at risk for HIV infection. This should be the primary goal of gay activism in the next decade.

For those unsure of its feasibility, remember that we have been down this road before, when we were confronted with whether it was morally acceptable for any HIV positive person to go without life saving drugs or medical care – was that too lofty a goal? So what makes medical care for negative people any different? HIV negative people are just as deserving of medical care as HIV positive people are. Studies confirm the “cost to treat”; that’s the magic number that determines whether it’s cheaper to put a bunch of people on prophylactics than it is to treat those among them who would otherwise seroconvert. (It is cheaper).

It’s important that we act now

After many years of education, money and effort, the infection rate among gay men has not declined; instead, it has become far worse. It is estimated half of gay men now 22 will become HIV-positive by the time they’re 50. That’s a sensationalist way of putting it, but the CDC has a more specific way of putting it: Infection rates among young gay men went up by 22% between 2008 and 2010

However you model it, shit has gotten real. If you’re reading this, chances are good you’re more likely to die from AIDS-related complications than a car accident.

We have, in our reach, what is essentially a temporary vaccine for HIV, albeit in the form of a pill taken daily, in PrEP. At the moment, barriers to its access are significant. Even though Gilead offers free PrEP for people with no insurance, they may not be able to afford physicians to prescribe it. There are no walk-in clinics where someone can see a doctor, get tested for HIV, get a PrEP prescription, and get the assistance to submit forms for free drugs.

There is an affordability gap for people who have health insurance, but have a deductible so high that the co-pay assistance isn’t enough to afford the drug.

For those with good insurance, there is a knowledge gap among doctors. Patients may be unwilling to educate their own physicians about PrEP; but again, there are no walk-in clinics for this purpose. 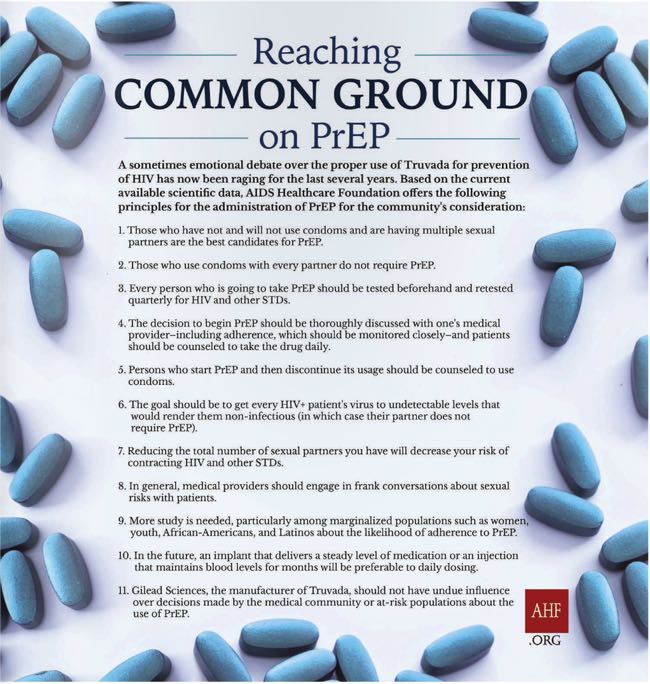 The HIV crisis in Atlanta

Fulton County returned $8.7 million to the Centers for Disease Control & Prevention over mismanagement of the grant money. This was money that was specifically set aside for HIV prevention in Fulton and DeKalb counties.

How much of that could have been used to make PrEP accessible to residents in those two counties? (Answer: 8.7 million.)

When volunteers donate thousands and thousands of hours of time to events that raise money topping a million dollars, we should be incensed that nearly $9 million just evaporated for lack of paperwork.

As if that wasn’t enough, AID Atlanta recently “joined forces” with AHF, a terrifying development. This is the same AHF that sued Pfizer over Viagra under the incredible legal theory that Pfizer was somehow accountable for STI infections resulting from Viagra’s use to have sex. (One wonders why AHF didn’t sue the maker of Jack Daniels, which has, no doubt, caused far more sex and bad decisions).

This is the same AHF that sued the FDA over Truvada’s approval for use as a prophylactic.

This is the same AHF that pretends to dial-back its anti-PrEP positioning in a cynical national ad campaign included in seven LGBT newspapers across the country, including the Aug. 21 edition of Georgia Voice (second image). The full-page ad highlights 11 AHF recommendations for the administration of PrEP.

It is equal parts sex shaming (“Reducing the total number of sexual partners you have will decrease your risk of contracting HIV”), obvious pablum (“In general, medical providers should engage in frank conversations about sexual risks with patients”), and cynical misdirection to discourage the use of PrEP (“Those who use condoms with every partner do not require PrEP”, “Gilead… should not have undue influence over decisions made by the medical community… about the use of PrEP” and “The goal should be to get every HIV+ patient’s virus to undetectable levels… (in which case their partner does not require PrEP”)).

In case you were unclear about AHF’s position, its President Michael Weinstein said in the press release accompanying the ad, “We believe PrEP should be prescribed on a case-by-case basis by medical providers working in conjunction with their patients, not as a community-wide public health intervention strategy, as the CDC recommended last summer”.

Grant money will be on the table in the future in Fulton County, and AHF has a history of suing the hell out of everyone to make sure it receives what it feels is its fair share. They have sued counties in Texas and California. They now have a foothold in Atlanta. Not only are we confronted with pushing our ASOs toward a brave new world of prophylactics, we may soon be confronted with those ASOs receiving less funding when AHF comes to demand its pound of flesh, potentially pushing a huge share of Fulton HIV prevention money into the hands of one of PrEP’s biggest opponents.

Our primary goal is to demand government funding to make PrEP affordable to everyone – but with that comes the recognition that government funding is channeled through our local ASOs. They are already spending your money, even if you haven’t donated anything to them specifically.

Metrics of success for all ASOs should include what is spent on increasing accessibility to PrEP. Possible metrics include how many negative and at-risk patients adhere to PrEP, normalized for demographic differences. These metrics should be publicized and touted, not lost in reams of data.

It is simply insufficient to paint success in strokes as broad as number of people served, and it is malfeasance to ignore PrEP’s utility in the realm of HIV prevention.

In terms of directing funding, it’s fair to ask how money is spent, and specifically, how much is being spent on PrEP accessibility. It’s fair to ask of an ASO how many negative, at-risk patients are successfully connected with PrEP. For organizations that acquire grant money earmarked for HIV prevention, and which solicit donations under the banner of HIV prevention, it’s fair to ask how much of that money is spent on nurses filling out paperwork for at-risk negative patients to get free PrEP or co-pay assistance from Gilead, follow-up testing and counseling for patients taking PrEP and doctors prescribing PrEP.

If those numbers are anything less than a lot, it’s fair to be concerned, and it’s fair to demand change. It’s fair to ask what is in the pipeline and when we’ll see it deployed. It is unacceptable to demand more data or more studies before deploying PrEP as a public intervention. When it comes to HIV, inaction is death. Choosing to tread the same path is just as much of a choice as choosing a different path, and the data has shown us that our prior path has failed.

There are certainly many other valid goals for ASOs, and they should be lauded for their successes. There is more to AIDS activism than simply viral load and PrEP adherence.

But if the CDC prediction of half of us getting infected is accurate, nothing will seem more important 28 years from now than preventing these cases from happening in the first place. Our community’s disgrace this century will be its failure to embrace the greatest bridge to an HIV vaccine we’ve ever encountered.

A question might linger in the throat, to the author, the rhetorical question, “Well, what have you done to stop HIV?” The guilt we wear around our necks, for anyone our generation or older, as we see more young people getting HIV than ever before: Not enough.

The post was written by Alex Rowland, a general practice lawyer at Rowland Legal. He climbs stuff with queer people and has written about butt sex and Truvada, why he hates Grindr and gay Atlanta’s mean girls.

Lawyer and activist Dan Grossman, who was voted “Best Male Activist of 2015” by the readers of the Georgia Voice;

Family law attorney Jeff Cleghorn of Kitchens New Cleghorn, who will warn you what to do before saying “I Do”;

And trusts and estates attorney Stephen Scriber of the Law Office of Stephen M. Scriber.