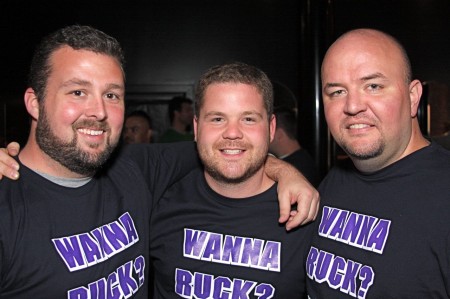 It may be Oscar Sunday, but there was a little time earlier in the day for sports. Gay sports, that is.

The eight leagues and teams that make up the Atlanta Gay Sports Alliance hit Amsterdam Atlanta on Sunday for a three-hour recruitment event, hoping to convince couch potatoes and jocks alike that it’s time to step into the city’s vibrant gay sports scene. The diverse crowd filled the dance floor of the Midtown bar, moving between tables to learn more about a host of sports, from swimming to flag football and tennis.

Several of the teams and leagues are nearing a new season, including softball and flag football. Others, like rugby and soccer, recently started new rounds of competition. And groups including volleyball, swimming, tennis and running hold regular sessions during the week.