Is the queer Left ‘shoulding’ each other into oblivion? 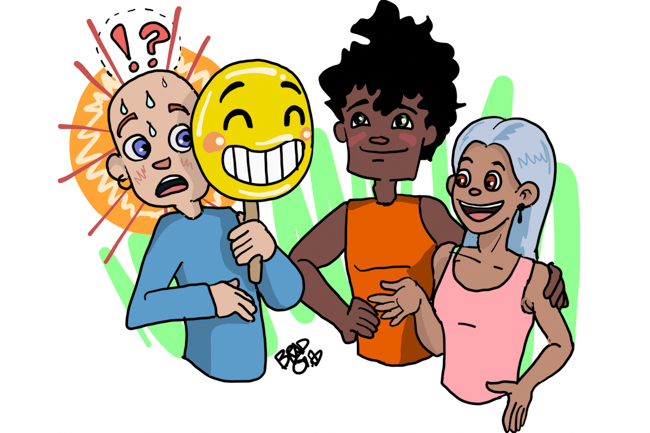 Liberalism is a double-edged sword in the wrong hands. Having a mind toward equality and away from privilege is good. Misguided attempts to prove our wokeness when the real work hasn’t been done is an entirely different matter. Two cross the line in this week’s Q Advice.

There is this guy in my friend group who won’t let anyone say anything bad — ever.

One friend was talking about how his ex-boyfriend hurt him. This guy interrupted to say, “But we don’t talk bad about our exes.” I was asked my opinion on a play that was so bad it sent people bailing at intermission. This person said, “But we support all queer arts.”

When confronted, he says that bullying suffered by disenfranchised people leaves negativity unacceptable in all forms.

I don’t even know where to begin.

Policing, judging and shaming each other have become troublesome hallmarks of liberal existence. Not only is it presumptuous, it’s often pretentious to engage in these weird, sanctimonious head games. What’s worse, such infighting and intolerance divides us against our enemies.

Your acquaintance is hurting over longstanding discrimination and inequality, but passing judgments about the behavior of allies misdirects his emotions. Acting like negativity isn’t there doesn’t make it go away, and it’s rude to shut people down.

Still, even once we understand his motivations, you can’t let his issues become your problem. Conflict avoidance on his part does not create a “should” on your part.  Grownups get to pick their battles and can choose whether to discuss and engage each other about them.

Have a conversation with him the next time it comes up. You both might come to understand the other’s point of view. Maybe you can be less negative, and he can accept that negative situations and opinions exist in an imperfect world. Even if not, neither of you has to define your behavior by the other’s standards.

My partner and I adopted a newborn over the holidays, and I am already mortified over a situation that I fear I created.

My two-month old broke into screams and tears when a black colleague leaned over her. It’s the first time she’s seen a black person, and even though I made an excuse about her being tired, it was obvious that she was afraid of his dark skin.

I’m even more worried because my baby’s birth parents are Asian. As white mothers, I fear we’ve made a mistake by not exposing her to more folx of color before now.

How should I follow up with the colleague, and what should I do about my baby?

You created a situation alright, but not the one you think. Your discomfort with people of color and issues of race sends chills up my spine, and I wasn’t even there.

A two-month-old cried when a stranger stuck his head in her crib. It is a total non-event — except for your reaction. Everyone she sees brings new stimuli. Rather than lining up people of different races to file past her crib every day, you exposed her to people as they as they crossed your path — you know, like real life is.

Now, if you anticipate that having your infant around only white people is going to be an actual problem rather than an invented one, do diversify your circles. It might do you as much (or more) good as your daughter.

You’re not even a little bit ready to address this with your colleague. He understands it better than you do, and catching you up is not his job. Let this one go, and concentrate on staying out of your own way.

A version of this calendar also appeared in Q ATLus magazine. Read the latest issue here: