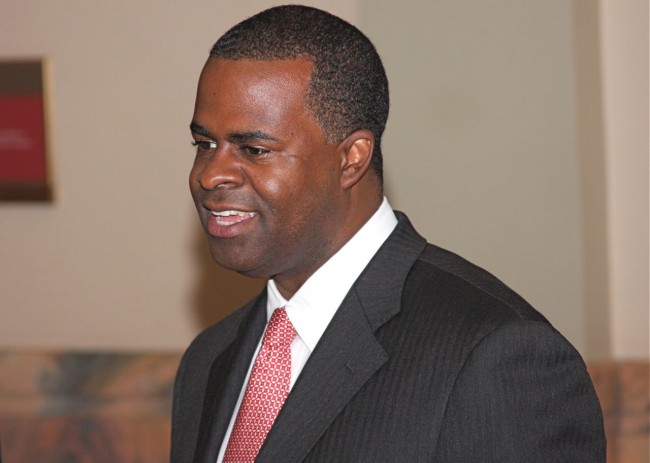 Mayor Kasim Reed is fond of trying to explain away the Eagle raid shitstorm by saying it didn’t happen on his watch. How’s he going to explain away Occupy Atlanta, which holds striking parallels to the raid that continues to dog his administration two years later?

An overbearing police presence. Trumped up concerns about safety. A petulant mayor. Yes, the Occupy Atlanta protest and the Eagle raid are like long-lost cousins that share a family tree with City Hall and Atlanta Police. Thankfully, the current protest is playing out like public theater; the Eagle raid took place under the cover of darkness. Like the Eagle raid, though, it’s safe to assume Occupy Atlanta will end in arrests and lawsuits.

The protesters in Woodruff Park have attracted some gays to their encampment, including about a dozen members of the Radical Faeries. Not to be outdone, Reed included a gay rabbi in the crowd of clergy he had posted behind him during a contentious press conference on Monday. Rabbi Josh Lesser is among those with religious creds that Reed invited to help broker a faith-based end to the unfolding drama.

Yet after two years in office and scores of Eagle-related, ass-playing, disabled woman-pushing, camera-crushing lawsuits fueled by his Atlanta police and their oversteps, Reed continues to saber rattle with his cops with little public justification. He’s ordered fencing to wrap the park, beefed up the number of officers patrolling there, ordered them to 12-hour shifts and stationed a SWAT team nearby. Serve up a couple of Jaeger shots with beer chasers on the taxpayer dime and it’ll look just like the buildup to the ill-fated Eagle raid.

Before the paramilitary show of force, there was little talk of any security problems with Occupy Atlanta. Now, thanks to a Home Depot generator and a phone call with Ludacris, Reed wants to portray the protesters as a threat to law and order. Guess he’s never partied with the Radical Faeries.

Reed even had security guards stationed between him and the smattering of Occupy Atlanta protesters who appeared (and interrupted) his press conference on Monday. The mayor’s already expressed concern that he’ll be verbally attacked during an LGBT town hall meeting on Nov. 1; maybe he’ll attend arm-in-arm with his more visible security detail.

Occupy Atlanta, like the Eagle raid, is likely to end badly for both sides. Reed initially handled the recent civil disobedience well, reminding the city of its storied past as the cradle of the Civil Rights Movement and issuing an executive order allowing them to remain in their tent city. He did well in the wake of the Eagle raid, calling for a thorough investigation and joining other mayoral candidates in speaking out in the days following the incident.

But Reed’s patience wore thin as the Eagle raid fallout continued, culminating earlier this month with a legal filing that tried to justify the raid and the actions of the rogue cops, despite settling two earlier lawsuits over it. He showed on Monday that Occupy Atlanta has worn out its welcome with him, too.