Is Morehouse softening its homophobia?

As a matter of fact the prestigious all male college has been downright hostile in recent years towards it’s growing gay population and those even perceived to be gay. The unfortunate 2002 assault on former student Gregory Love by classmate Aaron Price has earned Morehouse College a well deserved reputation of being a hotbed for homophobia. 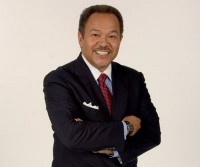 A recent anti-gay op-ed published in the Maroon Tiger, Morehouse’s student newspaper, by writer Gerren Gaynor only added more fuel to the fire.

But a recent op-ed published in the Washington Post may be signaling a shift in the homophobic attitudes so pervasive on campus beginning from the top down.

In a speech titled “The Soul of Morehouse and the Future of the Mystique,” President Robert Franklin (photo) addressed the need to respect different sexual orientations and the contributions of gay men to society.

As an all-male institution with the explicit mission of educating men with disciplined minds,” said Franklin, “the great challenge of this moment in history is our diversity of sexual orientation.”

“Why don’t we,” he asked the students, “use this opportunity to model something our community needs?”

“Straight men,” Franklin said, “should learn more about the outlooks and contributions of gay men. Read a book by a gay author. Have an intelligent conversation with a gay neighbor.”

“To my straight brothers,” he said, “diversity at Morehouse is an opportunity that can enrich your education if you are courageous enough to seize the opportunity. We cannot force you, but we invite you to learn from your environment.”