Is gay Atlanta full of mean girls or mopeds? Score for yourself 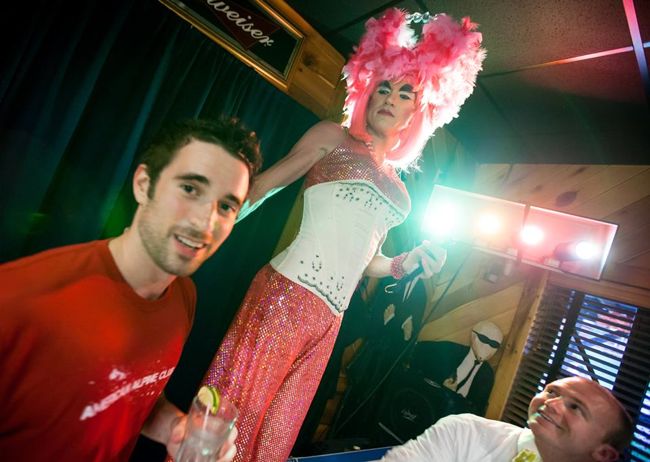 Chazz recently offered his take on the brutality of the gay Atlanta social scene. In particular, the all too familiar feeling of seeing someone you know in a bar, only to have them ignore you because their friends are around. It sparked controversy and heated denials (and lots of amens).

I have had this happen to me, many times over the years. Usually, it was in high school, back when multiple people per week told me to my face that my brother was “the pretty one.” Damn, high school sucks!

Despite losing the acne and emaciated theater kid physique of high school, sometimes I’m still in a bar, and I still walk up to someone I know, and they still ignore me because their friends are around. And various things go through my mind–did he forget meeting me? Do the friends think I’m lame? Is it because I trashed half of Atlanta in previous blog posts? Are my clothes last season? Do my clothes have a season? Am I a moped?

But then I walk up to talk, and… nothing. Stone face. No one looks in my direction or acknowledges that I’m there. And I have to do the “oooohhhh kaaaay” walk of shame where I do a 180 degree turn and try to pretend someone just walked in the door who’s totes my friend and I’ve just been waiting for them to show up and I’m so glad they just arrived!

The Looking Glass Self

I have a theory for why this happens, one which doesn’t involve me being a moped, because I’ve had my turn in high school as a moped, and I think people generally grow out of that form of cliquishness. What they don’t grow out of is something different, and which my friend Kevin refers to as “the looking glass self.” It’s a pretty well established psychological concept that you could examine any number of ways, founded on the basis that we shape our self-concept based on how we think other individuals perceive us. In the homo-clique context, it’s probably the most relevant, in that the concept explains why people have different social identities that they switch in and out of, for different groups of friends.

Among some friends, they’re the fun drunk. Among others, the esteemed intellectual. Online, the healer in World of Warcraft. At the kink club, the one with the gas mask and suspenders who likes to hang upside down. And for a lot of people, who act really, really differently depending on which group they’re around at the time, encountering multiple people from different places at the same time is intensely uncomfortable. You’ve just caused a collision of their social worlds, and often they respond by shutting down. What are they supposed to talk to you about with their friends around? Gas masks? DPS rotations? Football?

The whole ignoring you thing is sometimes actually a sign that you know them better than anyone else there, although the nagging temptation in your head is to tell yourself that they’re all better dressed than you and they have tans and muscles and you’re a moped and you’re almost 30 and Farah Fawcett is going to try to kill you and these hot stud muffins are way too young to catch an allusion to “Logan’s Run” and OH GOD OH GOD THE SHAME! 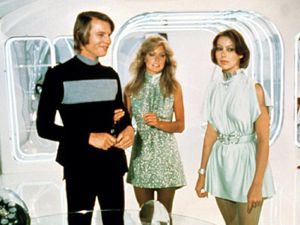 Sooner or later, you’re telling yourself that you’re better than all of those guys who think they’re so pretty, and that they’ll all have meth/coke-face by the time they’re 30 and that’ll really show them.

In all probability, they’re just ignoring you because they don’t know how to react when social worlds crash together. So, you can relax. Continue enjoying your friends in the contexts where they feel comfortable, and don’t worry about it. You can discuss the DPS rotations in private.

But what if you really are a moped?

There is, of course, still the teensy tiny possibility that you just really are a moped. Maybe you really are so unpopular that admitting to being your friend will cause their social ranking to plummet.

In such a subjective social world, how does one gauge their own popularity in gay Atlanta? Is it all in your head, OR IS THERE SOMETHING REALLY TOTALLY WRONG WITH YOU?

Well, friends, I am here to help. I created the following, Cosmopolitan/Teen Vogue inspired quiz, “Just How Popular Are You Really?” to objectively determine your social stature inside the gay perimeter. Add the points to determine your score, and consult the analysis below.

• You actually live inside the perimeter (1 point)

• You live in Midtown (an extra 1 point)

• Your car has been keyed (1 point per panel keyed)

• Someone has started a rumor that you have AIDS (4 points)

• Regardless of whether or not it’s true, you describe yourself as “vers” (Minus 3 points) 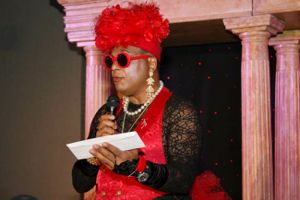 • You recognize the gentleman in this photograph (1 point) (third photo)

• Extra point if you’ve seen him in person.

• In the last six months you saw someone in a bar and were not able to remember whether you made out with them, but just that if you did, it wasn’t very good (2 points)

• Posting “Can someone give me some buddy passes?” to Facebook is a reliable mode of getting plane tickets (3 points)

• You give out buddy passes (4 points)

• A statistician could chart a consistent average of the number of people you’ve dated who are working out at 7 p.m. on Thursday at the Spring Street LA Fitness. (4 points)

27 or more: Your name is Hank. I don’t know if anyone has keyed his car. Has someone keyed Hank’s car?

20-26: You’re almost at the apex of the Atlanta social strata. If you could get airline miles for Botox and coke, you wouldn’t even need the buddy passes.

11-19: You’re pretty damn popular. You feeling like you’re not is a product of some anxiety disorder for which you’re probably already taking medication. You wouldn’t have this many jealous bitches after you if you weren’t, and the fact that your handsomeness overshadows your phony self deprecation is just more proof of how handsome you are. You handsome devil.

6-10: You’re not at the very center of the universe, but being worried about that at this degree of popularity only stands to hurt you. You should probably just focus on sleeping with more people and leaving Grindr on during your commute (“trawling”).

4-7: You might consider Botox. Or moving to a city with fewer bottoms. Really, it’s just a question of job mobility at this point.

1-3: Go to Lake Lanier. Key your own car while you’re there.

I believe this will alleviate most of your concerns, rather than confirming dark, underlying insecurities.

Of course, the most important part of the analysis is whether you actually tallied up the points. If, without the pressure of people around, in the context of a sardonic blog post, you can still get briefly worked up about evaluating yourself according to how you think others perceive you, you might as well give others a pass when they do the same.

Or just embrace being a moped.

Alex Rowland is a general practice lawyer at Rowland Legal. He writes a lot of wills and healthcare directives, in case Farah Fawcett is after you.

Much has changed for the better since state Rep. Park Cannon first made Jennifer Barnes-Balenciaga her LGBTQ liaison – a unique role at the...
Read more
Community

Kris Brown learned a lot running political campaigns, but identifying as queer was their first foray into political awareness. It's a path that now...
Read more
Community

If you don’t know Mychel "Snoop" Dillard, you probably know her vibe. With several thriving Atlanta restaurants, lounges and cafes to her name, Dillard...
Read more