Is ‘funky’ the new ‘gay’ in Midtown Atlanta? 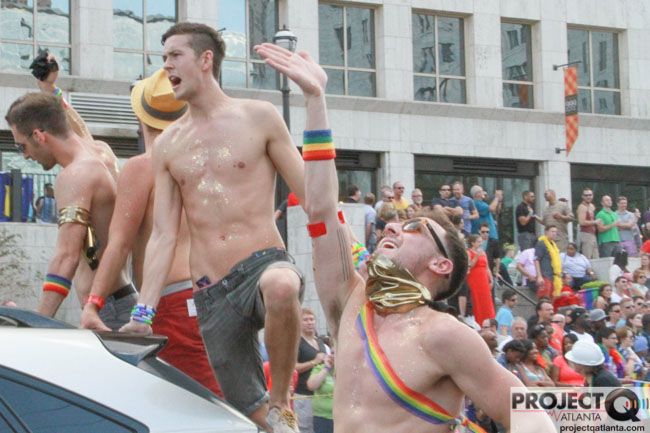 In case you need another sign that the return of construction threatens the gay in gayborhood, there's this: Now Midtown isn't so much “gay” as it is “funky.” Ugh.

That's the new spin some Midtown boosters are placing on the once thriving hub of Atlanta's gay life. There's a certain “lifestyle” to the neighborhood. Just not the “lifestyle” we love.

If by “not screaming rich,” you mean $700,000 townhomes squeezed between two popular gay bars, then yes it's totally not upscale. But razing gay bars for lux condos and apartments says upscale. So does bulldozing a gay-fave breakfast dive to make way for Sprouts.

Not that the gays can't have nice things. Or that we don't want nice things. We do. But as Midtown evolves, it often leaves pieces of the gayborhood in the scrap heap. And so goes the gay enclave. No, really. A sociologist says so.

But the budding construction boom is a mixed bag. It's definitely upscale, which will push out the gays without the means to enjoy those sky high apartments with marble countertops. Those tips from the drag show only go so far.

“We are catering to people who are in their 20s to those in their early 40s – a lot of them being single or young professional couples who want an upgraded and quality project,” he said. “What we are trying to do is provide services that go along with a luxury product – put that into an area attractive to young people and give them opportunity to have amenities usually only afforded to high-end luxury condo products.”

On the flip side, more residents mean more customers for the gay-owned businesses still dotting the Midtown landscape.

There are 760 units under construction and another 4,400 proposed in just the Midtown core, a 1.2-square-mile area, Green said.

“It is a game-changing number. … I estimate a huge number will get built and the residential population will surge, which will be a great thing. That will mean more people to be customers for our many retail and restaurant establishments and that helps create a viable, walkable district,” he said.

But still, when Midtown boosters start replacing “gay” with “funky,” there's reason for concern that the de-gayification is underway. Enough to bring Peggy Denby back? Let's hope not.