Is cybersex still cheating, and are lies of omission still… lies? 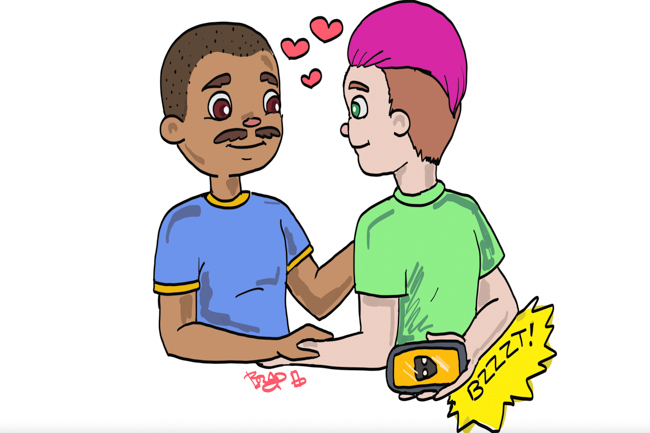 I didn’t plan it, but after breaking up with my ex a couple months ago, I started hooking up with his best friend. We’re having a good time, but we’re keeping it hush-hush for obvious reasons.

We want to stay friends with my ex, but we’re afraid if he finds out, we could both lose him forever. He might think we were doing this all along, and I swear that’s not why I broke up with him.

He’s a good person and doesn’t deserve the drama. What should we do?

So you’re sleeping with your ex’s bestie, and you’re hiding it to keep a lid on drama? No. It only lets the drama stew and saves you from dealing with it.

The two of you can either decide that some temporary fun isn’t worth your friendships with your ex, or choose to give it a go for a possible future together.

What you can’t do is to keep it quiet.

Tell your ex before he finds out on his own, which he will. You might lose him, but that’s his call, not yours. You might also gain some personal integrity.

I’m in a monogamous relationship, but sometimes I randomly find myself downloading Grindr and chatting up strangers.

My profile says I’m just interested in friends, but sometimes I exchange pics or let conversations go over the flirting line. Way over. As in, Facetime to completion.

It’s not what you’re doing. It’s how it makes you feel. On their own, hookup apps are innocuous. Trouble comes if you break your relationship agreements, wonder out loud about it with others, or keep secrets from your partner. You’ve done all three.

Instead of airing your dirty laundry to friends, have an honest conversation with the only person who needs to know: your partner. Does your relationship agreement need adjusting? Would certain changes eliminate your urge for virtual sex? Does either of you mind if the other cruises Grindr?

Solve those, and I won’t make you answer how you “randomly find yourself” on Grindr. It’s probably not that you just woke up and Mr. Hyde had taken over your body.

Q Advice is entertainment and not professional counseling. Send your Qs to mike@theQatl.com.

Why are my fellow queers intent on setting me up with crazies and freaks – sorry, but these people are actually crazy and weird, they just are – who would never make a match for me.
Read more
Q Advice

Oh the tangled web of sex with coworkers

The thrill of office-party hookups, interoffice flirting and longterm secret affairs between coworkers is gone when the jig is up, or the participants realize they don't see eye to eye on what's happening.
Read more
Q Advice

Stalkers and exes who don’t know how to let go

Leaving affections in the past, or forgetting them as never-were, isn't as easy as for some people as others. Whether it's your a-hole ex or your unrequited love, it's time to let it go.
Read more