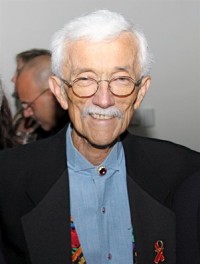 As the International Oral History Conference lands in Atlanta this weekend, local LGBT historians, a documentary premiere and networking events up the gay factor at the annual event.

“The conference really does boast more LGBT content than ever before,” says Dave Hayward, coordinator of Touching Up Our Roots: Georgia’s LGBT History Project Initiative. “There are challenges in compiling LGBT history, and we’ll discuss that and many archives and artifacts from our collection will be on display.”

The conference is already underway, but the gay gets rolling at Thursday’s LGBT reception at Java Vino with scholars, archivists and activists from all over the world.

The meat of the matter starts Friday at the conference’s host hotel, the downtown Atlanta Sheraton. That’s when Touching Up Our Roots presents an expert LGBT history panel discussion with some local notables and national scholars.

Atlanta AIDS activist Jesse Peel (top photo), who is the subject of a world premiere documentary later in the conference, is on the panel, as are HRC-Atlanta’s Winston Johnson and Lambda Legal’s Lorraine Fontana. Professor Dave Reichard of UC-Monterey and Glenne McElhinney, creator of the film “On These Shoulders We Stand” and coordinator of California’s Impact Stories, are also scheduled for the discussion of the importance of chronicling gay history.

Saturday’s full conference calendar is just as beefy—if not more—for history buffs. The LGBT Plenary “Reclaiming Our Stories: A Conversation with Organizers of LGBT Community-Based Oral History Projects” includes a discussion of the ins, outs and pitfalls faced by LGBT historians. Atlantans Wesley Chenault of the Auburn Avenue Research Library and the John Q Queer Artist Collective and Hayward (bottom photo) of Touching Up Our Roots are scheduled. They are joined at the plenary by Tracy Baim of Chicago Gay History, and McElhinney. The plenary is moderated by Professor Ian Lekus of Harvard University, chair of the school’s LGBT Advisory Board.

Throughout Saturday and Sunday at multiple venues, AIDS Memorial Quilt panels will be displayed. During and after Saturday’s LGBT plenary, panels honoring Atlantans will be on view at the Sheraton, as well as a local Community Showcase of Atlanta oral history projects. The exhibits are free and open to the public.

Wrapping up the conference’s gay content on Sunday morning at the Sheraton is the world premiere of “AIDS: In the Eye of the Storm, the Saga of Dr. Jesse Peel,” a local psychiatrist, activist, early AIDS advocate and LGBT philanthropist. The documentary was shot by Emmy Award winning lesbian videographer Daisha Wilber. Touching Up Our Roots served as producer for the film.

Peel received the Atlanta Gay & Lesbian Chamber of Commerce’s Lifetime Achievement Award in 2009 for his work in establishing several HIV agencies in the early days of the epidemic. Peel helped start the local HIV mental health agency Positive Impact, was instrumental in the creation of the Atlanta Interfaith AIDS Network and served on the board of several other LGBT groups.