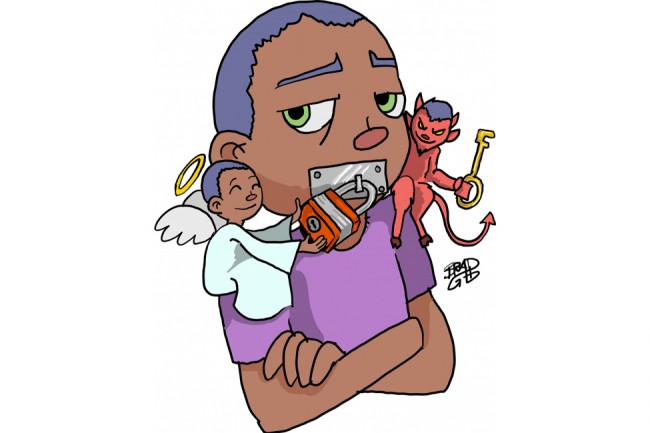 The guy is lying to his boyfriend and followers, maybe even himself. Do you think he’s suddenly being honest with a stranger on the internet?

One half of a very public, pseudo famous local Insta couple regularly hits me up on hookup apps, saying that his (closed) relationship is chaotic and ending and that the love is dead… and would I be willing to fist him?

Meanwhile on Instagram and Facebook, the guy and his boyfriend appear to be in love. They’re traveling together more and more, increasingly melding their personal and professional lives for the world to see.

Should I bring it up? Should I expose the guy? Should I take him up on the handball?

Skirting the juicy gossip factor of your question and leaving the scandal to reader imaginations, the guy is lying, at least to his boyfriend and his social followers, maybe even to himself. So I’ll start my answer with a question: Do you think he’s suddenly being honest with you, a stranger on the internet?

His lies are not your problem per se, and they don’t necessarily have to stop you from holding his beating heart in your hand, but when you can’t trust anything he says, the level of detachment has to be pretty intense to still get down with an act so intimate. Your conscience, your call.

As for bringing it up to him, no. If it bothers you, and judging by your hesitation it does, stop engaging with him — certainly in person but also in the apps. Let him sleep in the bed he’s making.

The same goes for telling others. You aren’t serving anyone but yourself to spread what you know, and it’s a petty part to play. The power of having juicy info is tempting, but dropping it shows your real strength of character. Even if you know enough to decide your own next steps, you don’t know this couple’s story — because remember, he lies.

My friend has started spending time with a person I’ve known for a while. This person has a tendency to wine and dine girls, fall head over heels for them, then ruin their lives with ridiculous emotional baggage.

Should I have the conversation with my friend about this person and their history of really bad relationship damage?

Even if you’re right about the couple’s ultimate fate, you’re wrong to get in the middle of it. Injecting yourself into someone else’s personal life and romantic relationships, much less unsolicited, is unhelpful, disruptive and just plain not your place.

Their relationship is not about you or the historical information you have. What if the person has changed? People sober up, get help, mature and learn their lessons sometimes. Who knows? Maybe your friend is exactly the match that the woman’s tendencies mesh with. Either way, it’s none of your business.

To you, the acquaintance is an unbearable asshole. To your friend, they’re a romantic interest that they are perfectly capable of navigating their own big self.

If you can’t keep your “warning” to yourself, imagine first that they stay together forever, and you’re the person who didn’t believe in them. Now imagine it doesn’t work out between them. What do you gain by being able to say “I told you so”?

You still want to meddle, don’t you? Fine, just couch it with all the above caveats, and give your friend the option to hear it or not. Tell her that you trust her to make her own decisions, and that you hope the other woman proves you wrong.

Then hope for the best. No matter how it goes, prepare yourself to live with their decision.