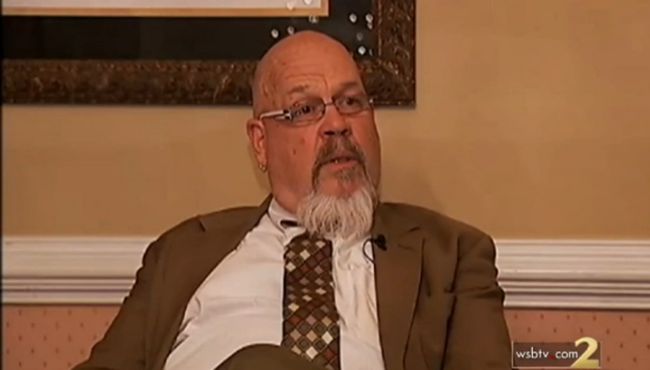 A former Gwinnett County sheriff's deputy already charged with sexing up an inmate in a cell and the jail shower now faces a federal lawsuit alleging that he violated the civil rights of that inmate.

The lawsuit alleges that former deputy Duone Clark sexually assaulted Kricket Evans, a transgender inmate identified as a male during her incarceration but now living as a female, beginning in December 2011 and continuing until Jan. 21, 2012 at the Gwinnett County Jail. Evans is suing Clark, Sheriff Butch Conway and Gwinnett County. The lawsuit, filed Nov. 14, asks for a jury trial and damages.

Clark, a seven-year veteran of the department, resigned in February 2012 after Evans came forward with the allegations of being assaulted. Clark was later arrested and charged with felony sexual assault and violating his oath of office. Evans told Project Q Atlanta in August that jailers wouldn't take action until she provided a semen sample that allegedly later linked Clark to the assaults. She repeated that allegation to WSB, which first reported the lawsuit on Sunday.

On Monday, Evans referred questions to her attorney, Jeff Sliz (photo). He could not be immediately reached for comment. But the lawsuit alleges that the Gwinnett jail didn't do enough to protect transgender inmates.

“Defendant Gwinnett County, which knew or should have known that transgender inmates are at greater risk of sexual assault by detention officers, was deliberately indifferent to the risk of harm to Plaintiff by not having policies and procedures in place to address that risk other than State Law penal statutes,” according to the lawsuit.

The lawsuit contends that the jail offered inadequate policies for its detention officers and failed to properly train and supervise them.

Evans was jailed on charges stemming from her November 2011 arrest for financial identity fraud, theft by deception and probation violations. Evans, 38, was paroled from state prison on Nov. 19. She told WSB that the sexual assaults started soon after she was jailed in Gwinnett.

“This was done in my room or in the shower. There was nothing done in from of a lot of inmates,” she says.

“When the guard confronted him, my client said he wasn't interest in doing what he wanted him to do. He told him that this was his pod and he would do what he told him to do,” Sliz said. “He was violated by his protector.”

The sheriff's department pointed out to WSB that it arrested Clark, but declined comment about the lawsuit.