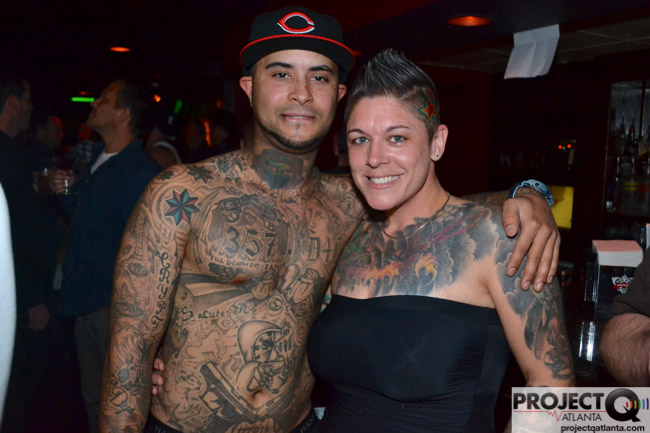 What’s better than evening cocktails? How about weekend libations while ogling shirtless gay hotties in a celebration of Atlanta body art? Now give the proceeds to Lost N Found Youth, and it's a gay trifecta.

That’s exactly how it went down on Saturday at Burkhart’s. That’s where the first-ever Ink & Drink Fest awarded hot gay men and lesbians (above) who entered their skin to win with a prize for the best body art and tattoo artist.

When you’re done getting an eyeful here, go scope out the merchandise on our tour of Lost N Found's new thrift store.