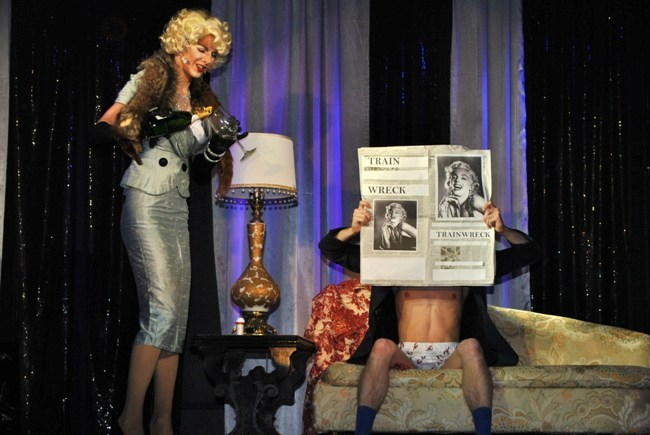 In a highly anticipated celebrity impersonations challenge, the queens of Atlanta’s own drag race, Dragnique 3, brought on the gay icons and an iconic special guest drag judge.

Marilyn Monroe (top photo), Barbara Streisand, JLo and Whitney Houston were all up for a sendup by the contestants, as well as newbie icon Florence of Florence and the Machine.

With that latter choice, ARoara Thunder became the first queen of the competition to snatch the weekly win from Edie Cheezburger. Edie collected the most cash for charity like every other week, but just four-more audience votes gave ARoara the win. Miami Royale’s JLo lost the battle and the war; she was sent home.

Emcee Bubba D. Licious welcomed to the judge’s table the one and only Charlie Brown, who recently rallied gay Atlanta for a fellow local legend at the heartfelt Lily White Fundraiser (view photos). Gunza Blazin, Alissah Brooks and “Vampire Diaries” Kat Graham were also on hand with critiques.

The Dragnique 3 Finale is set for April 4. Duets and Be Yourself categories are the final tests for the final four.