Iconic director can’t wait to open Out on Film 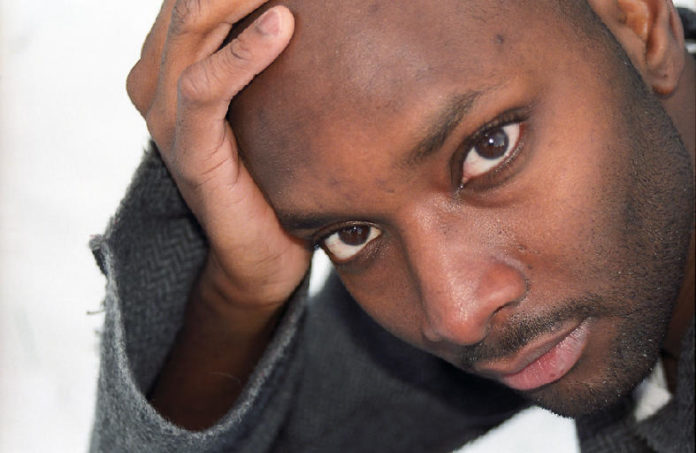 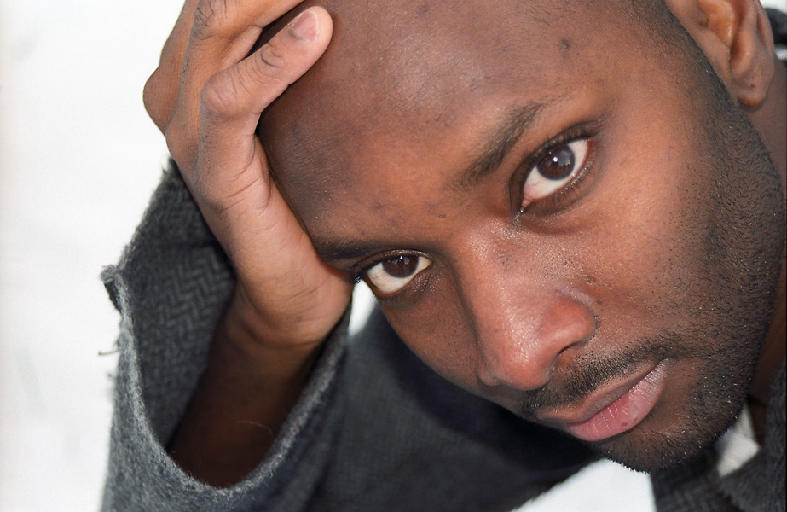 With the series “Noah’s Arc,” Patrik-Ian Polk helped change the face of gay people on TV by focusing on black gay men. He also worked to diversify gay cinema with films like “Noah’s Arc: Jumping the Broom” and “The Skinny.”

There’s one story, though, that’s taken years for the writer-director to make. “Blackbird” finally reaches Atlanta audiences when it opens the 27th Annual Out on Film Festival on Thursday at Midtown Art Cinema. Polk (top photo) and several cast members, including Polk’s own discovery in the lead role, will attend the first screening, and now a second screening has been added the same night.

The movie has met with huge acclaim at other festivals this year, but the Out on Film opening is special, Polk says.

“Everyone knows Atlanta has a thriving gay black community, and that community has been among my staunchest and most loyal supporters, so it’s always extra-thrilling to come back to Atlanta with new work to show,” the director says. “I’m probably more excited about this screening than I have been about any of the other ones that we’ve had. I just look forward to the Atlanta community finally being able to check out this film.”

“Blackbird’ is based on a novel by Larry Duplechan. Polk first read it in college and has spent years rolling the film project over in his mind.

“It’s always been a book that I knew I would love to adapt into a film someday,” Polk says. “I wrote a script for it many years ago and always kept it around. I tried to mount a production of it seven or eight years ago and it fell apart. When the opportunity arose again, I made it happen.”

Watching the film, it’s easy to understand why Polk worked for so many years to bring it to fruition. It’s not just a coming-out story. “Blackbird” touches on a wide range of topics, from coming out to religious persecution to child abduction, broken families, teenage pregnancy, risky sex and suicide.

“It’s sort of a religiously conservative small town,” Polk says. “‘Blackbird’ is essentially about a group of kids who are all smothering in this conservative environment in different ways, and all have their different issues to deal with.”

Most of the issues in the film come directly from the book, but to make it more accessible, Polk did make one major change to the story: its setting.

“I changed the setting to a small town in Mississippi, in present day, from the ‘70s where the book is set in suburban California. But that’s only because I felt like that setting would fit the story more. Suburban California in 2014 is very different from the ‘70s. And I thought it would be an interesting location for the movie. And I always wanted to shoot a movie in my hometown,” says the Hattiesburg, Mississippi native. 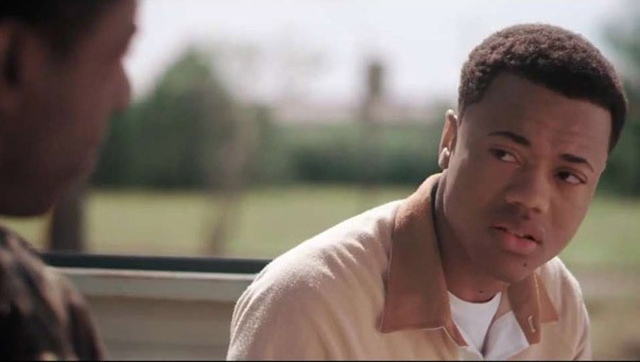 With a film mostly about high school students, Polk knew he needed to assemble the right cast. Calls went out throughout Mississippi, where most of the younger actors in the film were from. Among the finds was one of Out on Film’s Top 10 Hunks Torrey Laamar, as well as talented newcomer Julian Walker (second photo), who landed the lead role of Randy Rousseau for his acting debut.

“He had never acted before,” Polk says. “He came in blindly, and I could see his talent. He has a beautiful singing voice, and I liked that he’s from Mississippi. In many ways, he is the character Randy. He’s openly gay, which is of course refreshing. He was The One.”

Walker agrees with Polk’s assessment that he’s in many ways just like his character.

“Randy struggles with his sexuality, and praying and asking for it to be over. He doesn’t want these feelings,” Walker continues. “I can remember back when I was younger, I thought something was seriously wrong with me. I was thinking, ‘Why am I not normal? Why do I feel this way? Why do I have these thoughts?’

“To be completely honest, it wasn’t until I finished filming ‘Blackbird’ where I became completely, 100 percent comfortable with myself,” Walker says. “I’ve found the person that I am, and I’m so thankful.” 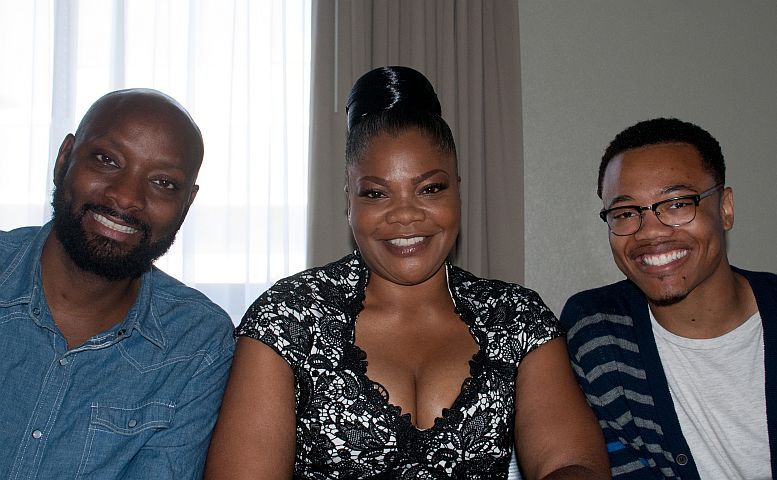 “Isaiah was my first choice to play the father,” Polk says. “I sent him a script, and he responded to it. And then he had a relationship with Mo’Nique and Sidney Hicks, her husband, and the two of them read it and responded to it as well. It was all a pretty simple, hassle-free process. And all three of them came on board as producers.”

Washington has worked to make himself more of an LGBT ally following an on-set slur against openly gay actor T.R. Knight on “Grey’s Anatomy,” which ultimately led to his firing from the show. He was certainly a prominent hire for Polk, but landing Mo’Nique, who hadn’t made a film since winning the Best Supporting Actress Oscar for “Precious,” was huge.

“Mo’Nique told me herself … that after doing a film like ‘Precious,’ with the fearless filmmaker Lee Daniels, she didn’t think she would find another filmmaker that fearless,” Polk recalls. “But she said when she read the ‘Blackbird’ script, when she read the first two pages, she knew that she had found her next project. I was pretty stunned that we were able to get her, but thrilled.”

If Polk was thrilled, Walker was initially petrified.

“Coming into it, with it being my first film, I was just nervous,” Walker says. “When I found out Mo’Nique and Isaiah would be a part of the cast, not to mention my parents, it made my nerves skyrocket through the roof!

“I remember the first time on the set that I met Mo’Nique and Isaiah, the first day of shooting,” he continues. “My first scene of the day was with Mo’Nique, and I just remember having this knot in my stomach. I was so nervous, and I thought she was going to say, ‘Who is this new kid? He doesn’t have any experience. Who is this guy?’ But she gave me the most warm embrace I have ever felt in my life. She hugged me, and I could feel that motherly love from her. There was this warmth and compassion, and I just knew from the start it was going to be amazing. And with Isaiah, I had the same feeling from him. So much love and so much compassion. If I had any questions, in between the scenes they told me, ‘Don’t hesitate to ask me. Don’t hesitate if you need to know this or that. If you need to know any methods for how to remember lines.’”

“Blackbird” has screened at a number of festivals since its premiere in February. According to Polk, the response has been great across the board – regardless of the makeup of the audience.

“The response has been great across the board. We had a screening at Frameline in San Francisco, with 1,400 people packed in the Castro Theatre – standing ovation. And that audience was primarily white. We’ve played at festivals like the Pan-African Film Festival, where we premiered the film in February, and that was a predominantly black and straight audience, and they loved the film as well.

“The nice thing is that it’s playing well with different kinds of audiences. Gay white audiences, gay black audiences, straight audiences. It’s a film that everyone can enjoy.”

“Blackbird” screens Thursday, Oct. 2 at Midtown Art Cinema, 7:15 p.m., with Polk, Walker and other cast members in attendance. Advance tickets are suggested, as film is expected to sell out. Watch the trailer. UPDATE: The first performance is sold out. A second screening will now follow immediately after the cast Q&A, at 9:45 p.m.