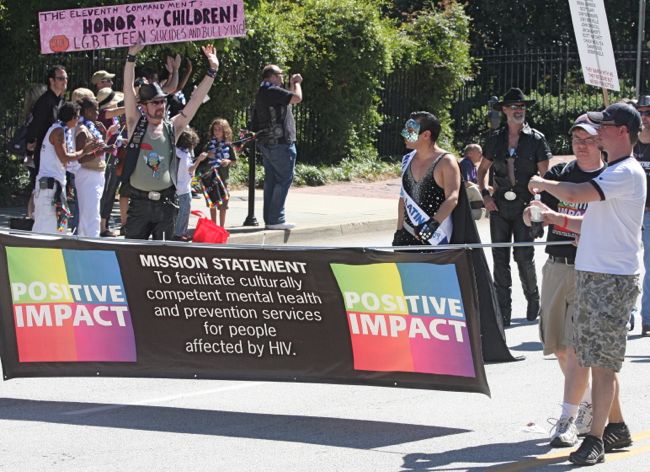 From one self-inflicted HIV funding crisis in Georgia to another: Gay HIV service non-profit Positive Impact is slashing prevention programs and firing five-part time staffers, four this month, over a big drop in state funding. So much for the state Department of Public Health’s victory cry over eradicating Georgia’s waiting list for the AIDS Drug Assistance Program, which earlier this year was one of the longest in the nation. Now the same agency is under fire for dropping funding for Positive Impact and other HIV agencies. Positive Impact asked DPH for $181,629, a continuation of the annual state funding the agency has received since 1998. It was awarded nothing and the consequences are immediate and may be dire, according to the GA Voice.

Because the state ruled Positive Impact should receive no funding this year, the nonprofit will have to lay off five part-time staff. Four will be gone by the end of the month and one may be able to work through December. The funding cut also means the agency will have to discontinue its popular HIV prevention outreach projects to gay bars and sex clubs in which some of those part-time employees distributed condoms and talked with people one-on-one about safer sex practices. The Healthy Living group that helped those who are HIV positive deal with relationship issues will also be discontinued. And testing for straight men and African-American women will be cut back — with no state funds, Positive Impact will not be able to do outreach to African-American women, who are at high risk of contracting HIV.

Positive Impact appealed the DPH decision but that was rejected, too. It wasn’t the only agency that had its state funding dropped, the GA Voice reports. The list also includes Sisterlove, AIDS Research Consortium of Atlanta and National AIDS Education & Services for Minorities. It’s a double-whammy for ARCA, which is being booted from its longtime home on Ponce de Leon. AID Atlanta ($115,114) and AID Gwinnett ($100,025) were among metro Atlanta agencies that received DPH funding.