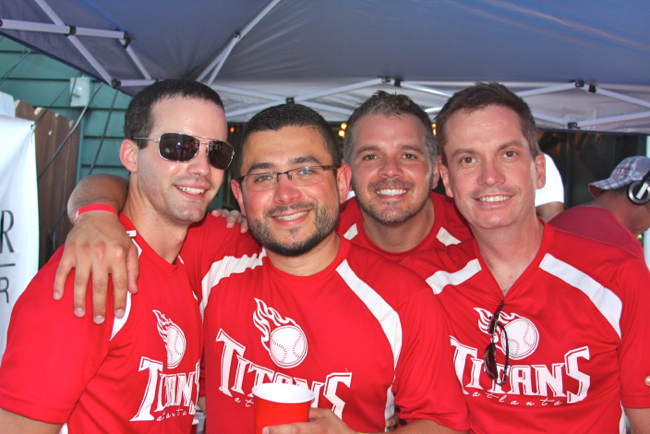 When it comes to Hotlanta Softball League’s Sunday beer busts – and we’ve been to more than a few – nobody does it better than the Atlanta Titans. The team packed the patio at Joe’s on Sunday.

After a hard day of league match-ups, a gaydar alarm must have gone off in Midtown that it was the Titans’ turn to host the weekly Extra Inning Beer Bust. Gay men turned out in droves for unlimited beer, Jell-O shots, raffle prizes and to find out why the Titans’ mottos are “We pre-game harder than you party” and “We play hard, but party harder.”

The team has practice at this sort of thing. They rocked Bowling, Beer & Boys in March, and later this summer, they’re likely going to revisit the super sexy Studs & Suds Carwash at Swinging Richards (view photos).