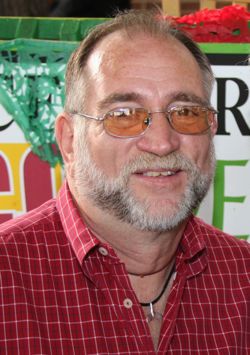 Two longtime LGBT activists from Atlanta – one who advocates on HIV issues and the other who works for the inclusion of gays into the military – will be honored next month during the Human Rights Campaign’s dinner. Local organizers of the 24th Annual Atlanta Human Rights Campaign Gala Dinner & Silent Auction said Wednesday that Paul Plate, executive director of Positive Impact, and attorney Jeff Cleghorn will receive awards for their work on LGBT causes. The two men, both of whom also served as honorary grand marshals of the Atlanta Pride parade last year, will share the dinner’s spotlight with Oscar-winning actress Mo’Nique, who will be on hand to receive HRC’s Ally for Equality Award. Plate (top photo) was one of two Atlanta activists on hand at the White House last July when President Obama unveiled his National AIDS Strategy. In December, Cleghorn (bottom photo), who serves on the board of the Servicemembers Legal Defense Network, was one of at least four Atlantans inside the Interior Department in Washington, D.C. to watch as Obama signed the repeal of the military’s “Don’t Ask, Don’t Tell” policy. Plate will receive the Leon Allen & Winston Johnson Community Service Award during the HRC dinner, which is set for May 14. Plate has led Positive Impact since its inception in 1993 when it served 135 clients and helped them with mental health and substance abuse issues related to HIV. Last year, the agency served more than 4,100 people. The agency’s initial $20,000 annual budget now exceeds $2.2 million. 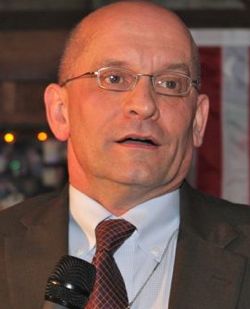 Cleghorn, a retired Army major, will receive the Dan Bradley Humanitarian Award. He expressed appreciation for the recognition. “I am honored to have served as a soldier in our community’s long battle to repeal Don’t Ask, Don’t Tell, and I am grateful for HRC’s leadership,” Cleghorn said in a statement announcing the awards. Cleghorn has been a vocal advocate for repeal of “Don’t Ask” and his efforts included debating a retired Marine general on Fox 5 and organizing an Atlanta event in November that raised more than $30,000 for the Servicemembers Legal Defense Network. Mo’Nique, also known for her popular late-night show on BET, has spoken out in favor of gay equality and LGBT inclusion, urging churches to welcome gay congregants, gay men to overcome body image issues, and that her celebrity girl crush is Ginger from “Gilligan’s Island.” Past recipients of the Ally for Equality Award at the dinner include Cybil Shepherd and Johnetta Cole. The award recognizes “the outstanding efforts of those who dedicate time, energy and a whole-hearted commitment to better the lives of LGBT people.” Local organizers are deep into preparations for the dinner. On Feb. 26, they hosted the annual Bowling for Equality (view photos) to raise funds and awareness of the upcoming event. In January, organizers hosted the first of three pre-dinner receptions. The event at Aurum in Midtown served as a launching pad for recruiting hosts, table captains and sponsors for the dinner. They also announced the dinner’s them, which is Our Stories. It’s an effort to “focus on our collective stories and the rich advancements for equality that are achieved when others connect real stories with the cause,” as the group explained on its Facebook page. On March 10, HRC hosted its second pre-dinner reception at the Loew’s Hotel in Midtown. The final reception is set for April 14. On March 30, the group hosts HRC 101: Get to Know the HRC! at Amsterdam. Last year, nearly 1,000 people attended the event. State Rep. Simone Bell received the Dan Bradley Humanitarian Award; transgender activist Vandy Beth Glenn received the Leon Allen & Winston Johnson Community Service Award.