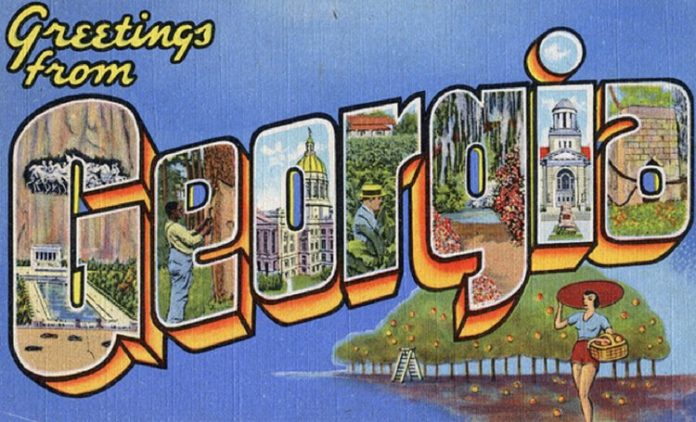 Statewide, though, Georgia continues to rank among the lowest states in the nation. HRC’s State Equality Index came out last week, and Georgia fell with 22 other states in the category “High Priority to Achieve Basic Equality.”

“While great strides have been made over the past year on a local level to ensure basic protections for LGBTQ Georgians, on a statewide level, we clearly have considerable work ahead of us,” said Jeff Graham, executive director of Georgia Equality.

Georgia only fully satisfies the inclusive hate crimes law requirement. That bill passed in 2020. It partially satisfies some anti-bullying laws, though it falls short in several protections of LGBTQ youth and students.

Georgia notched a few half-scores and fell well short of equality in other, more detailed analysis on the index.

On the plus side, the state does not prohibit birth surrogacy for gay couples or discriminate against adoption or foster placement for LGBTQ people. Georgia still has sodomy laws on the books, despite the U.S. Supreme Court rendering those laws illegal in 2003. Georgia also criminalizes HIV transmission, which disproportionately affects gay men.

The state lacks pro-equality laws in 11 categories that HRC studied. To date, Georgia also lacks religious exemptions for LGBTQ discrimination. Some state lawmakers try perennially to put those policies on the books.

It could have been worse. Four anti-trans bills in Georgia came up for debate but did not advance in 2021. Lawmakers vowed to bring them back in 2022.

Poll after poll shows that the people of Georgia are behind pro-queer policies and against anti-gay and anti-trans efforts. But getting those attitudes codified proves a challenge, Graham said.

“Despite broad public support for these laws and policies, and the fact that elected officials across Georgia have family members, personal friends and constituents who identify as LGBTQ, we continue to lack the political will to advance these efforts statewide,” Graham said.

“Voters across the political spectrum who support LGBTQ rights can remedy this in 2022 by electing pro-equality bi-partisan legislators and constitutional officers.”

Georgia’s 2022 legislature in now in session.