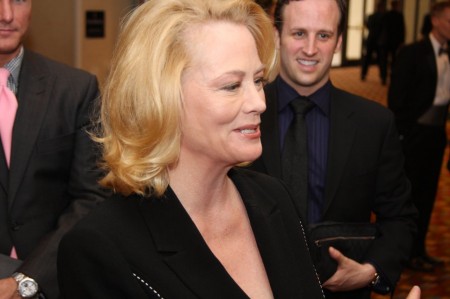 Hundreds of people filled a ballroom at the Hyatt Regency Downtown last Saturday for a black tie affair that drew a diverse gay audience and a host of elected officials.

The 22nd Annual Atlanta Human Rights Campaign Gala Dinner & Silent Auction unfolded over several hours of speeches, dinners and awards May 2, an annual tradition that draws a Who’s Who of LGBT Atlanta. Actress Cybill Shepherd (photo) attended as the dinner’s guest speaker and to receive the Ally for Equality Award. HRC President Joe Solmonese was also on hand.

Organizers say that although attendance dipped this year by 15 percent to about 900 people, the event raised about $300,000.