HRC building up to May 2 gala dinner 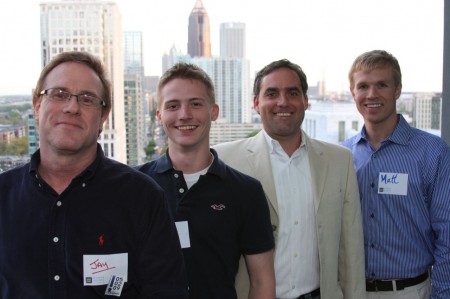 If organizers behind the 22nd Annual Atlanta Human Rights Campaign Gala Dinner & Silent Auction were hoping to build a little buzz about the event next month, they did so on Thursday.

That’s when organizers held the last in a series of pre-event receptions. This one took place in the club room of 1010 Midtown, a 35-story condo building that is part of the massive 12th & Midtown development on Peachtree Street.

As guests noshed on treats from MetroFresh, the restaurant of gay actor and restaurateur Mitchell Anderson, they also enjoyed great views of Peachtree reaching into Downtown and had the opportunity to tour several model homes on the 21st floor.

Beyond that, organizers also took the occasion to announce Cybill Shepherd will be a guest of honor at the May 2 dinner. Shepherd will receive a National Ally for Equality Award from HRC along with former Spelman College President Dr. Johnnetta B. Cole.