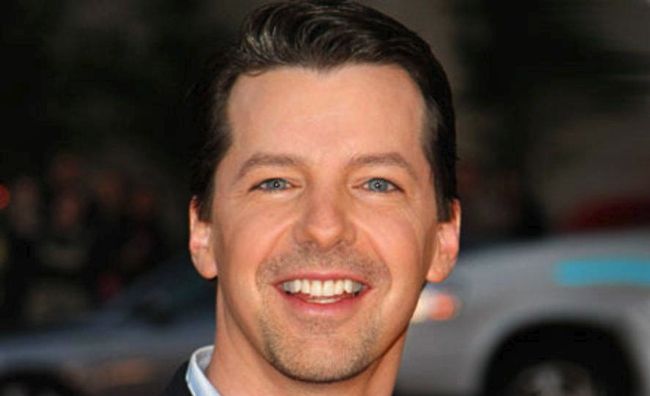 Actor Sean Hayes of “Will & Grace” fame – who ducked discussions of being gay until a contentious coming out interview in 2010 – will be honored with the HRC Visibility Award at next month’s gala dinner in Atlanta. Organizers of the May 5 dinner announced the addition of Hayes late Tuesday. He’ll join R&B singer Frenchie Davis and gay U.S. Rep. Tammy Baldwin, who is campaigning to become the nation’s first openly gay senator. The 25th Annual HRC Atlanta Gala Dinner & Auction says the award for Hayes honors the actor for bringing “wide-spread visibility” to LGBT issues. “This award is given to an LBGT member of our community who brings positive and wide-spread visibility to our cause,” organizer said in Tuesday’s announcement. “These attributes align with HRC’s mission of creating a country that inspires and engages all Americans to work toward ending discrimination against LGBT citizens and realizing a nation that achieves fundamental fairness and equality for all.” But Hayes did not come out until 2010, well after his stint as gay character Jack McFarland on “Will & Grace” ended in 2006. Even in coming out, which Hayes did in a 2010 interview with the Advocate, he did so defensively and didn’t particularly embrace being a publicly gay actor. He's followed in the Clay Aiken model, rather than the unabashed way of Rupert Everett and Neil Patrick Harris. Or even "Will & Grace" sidekick Leslie Jordan, who returns to Atlanta next month.

And there’s the press. To this day he feels burned by a story that ran in this magazine in anticipation of the series finale of Will & Grace. Titled “Sean Hayes: The Interview He Never Gave,” the one-page “Q&A” was a clip job of quotes he’d given to other publications through the years that made him look rather silly for pretending no one knows he’s gay. Hayes’s sexuality had become an open secret in Hollywood, but he’d refused repeated offers to be inter¬viewed by the magazine, and the then-editors of The Advocate felt entitled to the real story. Understandably, that didn’t sit well with Hayes. “Really? You’re gonna shoot the gay guy down? I never have had a problem saying who I am,” he states. “I am who I am. I was never in, as they say. Never,” he insists. “I believe that nobody owes anything to anybody,” Hayes says, so worked up that he repeats the line. “Nobody owes anything to anybody. You are your authentic self to whom and when you choose to be, and if you don’t know somebody, then why would you explain to them how you live your life?” Finally, Hayes gets to his true point: “I feel like I’ve contributed monumentally to the success of the gay movement in America, and if anyone wants to argue that, I’m open to it. You’re welcome, Advocate.”

The Emmy-winning Hayes is currently in the comedy reboot "The Three Stooges" and may star in a new NBC sitcom about a gay male couple raising their 12-year-old son. In 2010, HRC Atlanta organizers honored gay Bravo executive Andy Cohen with its Visibility Award. Last year, Oscar-winning actress Mo’Nique received the Ally for Equality Award during the dinner, an honor she questioned ahead of the event. Last week, organizers announced that Davis will headline the entertainment lineup for the dinner. In March, organizers said that U.S. Rep. Tammy Baldwin, a lesbian hoping to become the nation’s first openly gay senator, will keynote the dinner. In February, HRC organizers announced during a pre-dinner reception that the Health Initiative and Rev. Phillip Thomason will receive local awards at the gala. Popular gay Atlanta DJ Mike Pope will spin for the event’s after party, which is set for 10 p.m. to 1 a.m. following the dinner.