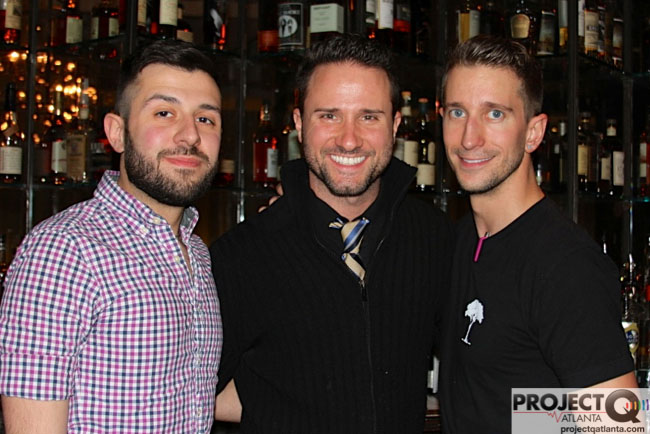 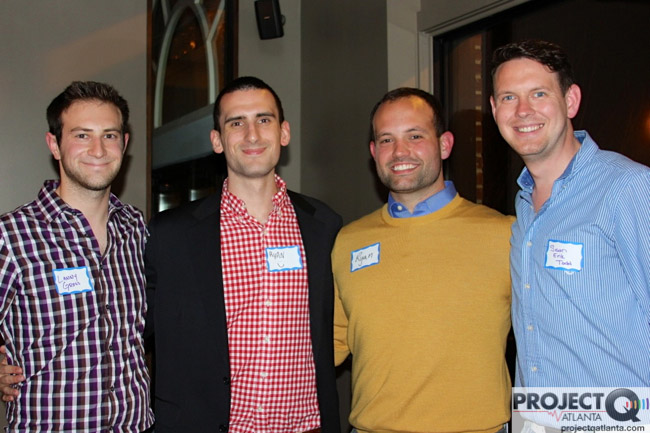 One of the fanciest ways to say “We’re here; we’re queer” in Atlanta comes each May via the local chapter of the Human Rights Campaign. But the HRC Atlanta Gala Dinner & Auction doesn’t happen without a pre-dinner push. Or two.

It’s not magic that brings about the dinner. Before you show up dressed to the nines, hard work and cocktail pumping by the local organizers, as well as pre-dinner receptions leading up to the big night, do some heavy lifting. The pre-event events help HRC raise awareness and funds for the dinner by pimping the tuxed-up excitement in more casual settings.

The concept continued on Thursday and went over well at Ink & Elm in Emory Village. That’s where organizers plied supporters with drinks, camaraderie, appetizers and details on the 2014 dinner.

After a sexy Rock N Bowl, another pre-dinner reception, and a Take A Second for Equality mixer in February, Thursday’s event introduced May’s grand scheme. The main event that topped itself last year with celebrities, politicos and hundreds of gAyTLiens is scheduled this year on May 3 at the downtown Hyatt.

The event will honor gay weather daddy Sam Champion, who will receive HRC's visibility award, and include lesbian comic Dana Goldberg as a special guest. Also, according to GA Voice, the dinner will honor Lost N Found Youth, which helps care for homeless LGBT youth. The group recently opened a massive thrift store and started renovations on what will become a new facility to house gay youth.