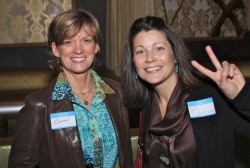 Hosting a crowd of nearly 1,000 people, along with a handful of celebrities, for dinner is no easy task. It takes food, entertainment and plenty of liquor. So organizers of the Human Rights Campaign’s gala dinner in Atlanta kicked-off their efforts Thursday with a reception.

The event, held at Aurum in Midtown, served as a launching pad for recruiting hosts, table captains and sponsors for the dinner. The 24th Annual Atlanta Human Rights Campaign Gala Dinner & Silent Auction is set for May 14 at the downtown Marriott Marquis. 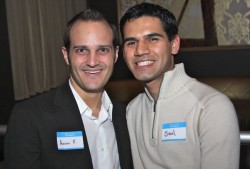 Organizers also took the occasion on Thursday to announce the dinner’s theme, which is Our Stories. It’s an effort to “focus on our collective stories and the rich advancements for equality that are achieved when others connect real stories with the cause,” as the group explained on its Facebook page on Friday. The group also unveiled a video (below) introducing the theme.

Last year, nearly 1,000 people attended the event and joined a group of local honorees, including state Rep. Simone Bell, and celebrities, such as Bravo’s Andy Cohen and NeNe Leakes of “The Real Housewives of Atlanta.”

Up next for HRC’s Atlanta organizers: Bowling for Equality on Feb. 26 at Midtown Bowl.