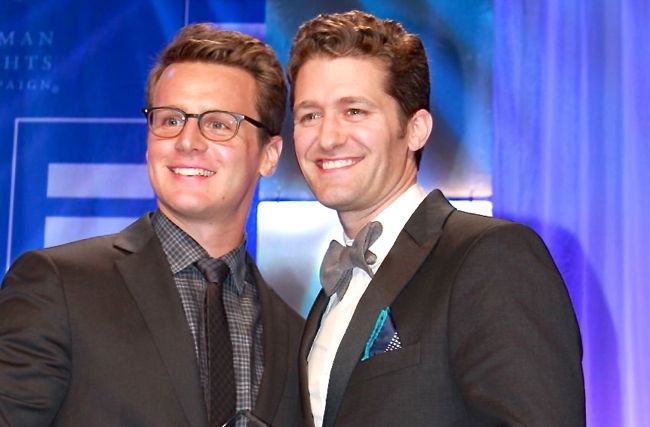 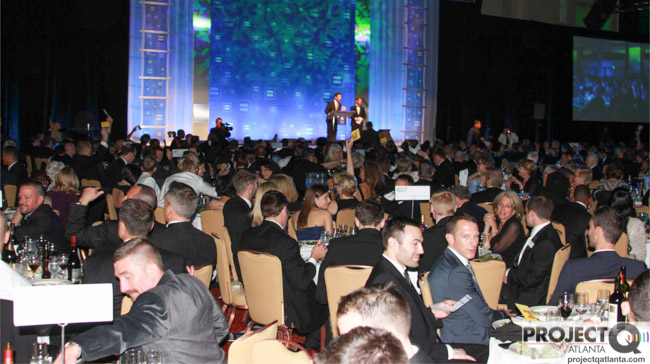 The Human Rights Campaign celebrated with one of its largest Atlanta galas ever on Saturday, toasting equality and raising funds with a black-tie crowd that included celebrities, entertainers and several politicians.

“You keep up the fight even when some say the road in Georgia is impossibly long,” HRC President Chad Griffin told the crowd.

Nearly 1,200 people attended the 26th Annual Atlanta Gala Dinner & Auction, one of the largest-ever crowds for the fundraiser. Last year's event raised $400,000 before expenses, though the funds are not directed to local LGBT equality efforts. HRC officials declined to provide specifics to the GA Voice when asked what, if any, resources it allocates in Georgia.

“I know just as much as you do that none of us are free until all of us are free to express our love and commitment to one another,” he said. (Watch his acceptance speech.) Gay actor Jonathan Groff, who has appeared on “Glee,” introduced Morrison.

Eight elected officials attended, including U.S. Rep. John Lewis who received a rousing standing ovation after being introduced. Mayor Kasim Reed was also there, the first time Reed has attended the event since 2009 and his first time as Atlanta's mayor. Reed declined to comment.