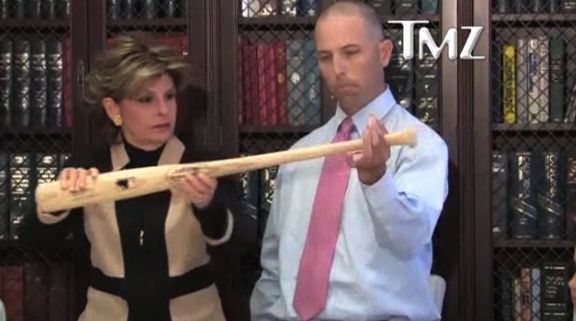 It takes a baseball bat, a few fingers, a savvy attorney and a clueless dad with his two daughters in the room. That’s how you recreate the sexually suggestive gay slurs from Atlanta Braves coach Roger McDowell.

Allred says McDowell also told the male fans, “Are you three giving it to each other in the ass?” McDowell, not quite done, later in the rage demonstrated the technique to Quinn and his family.

Not to be outdone, Allred on Wednesday recreated the sexually suggestive hijinks with Quinn, his two daughters at his side and reporters capturing it all on video (below). Then she did it again, Quinn’s fingers wrapped around the base of the bat as she pumped it.