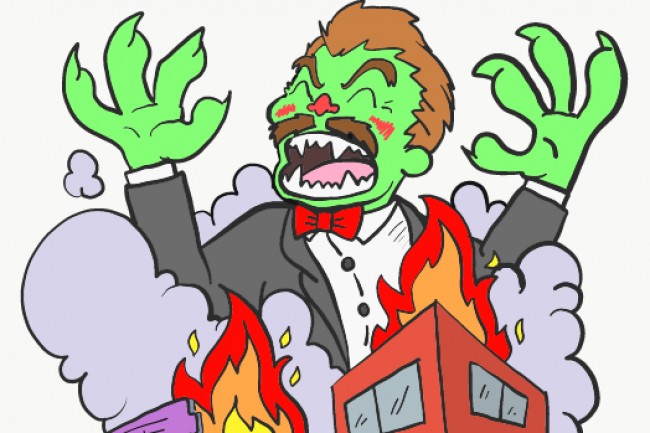 Whether you are head queen in charge of a gaggle of gabbing gay groomsmen, or the odd queer out from a high school clique, you have issues. Advice from Life Judge can help.

One wedding stands to unravel our longtime circle of gay friends. Two guys in the group decided to get married, and apparently such things make people’s true colors come out.

The first and worst to flip out is one of the grooms – the stay-at-home one with too much time on his hands. He’s decided that not only is this day all about him, or the month-of celebrations, but the year leading up to it as well. The word Groomzilla comes to mind, but even that doesn’t really do justice to how he’s acting.

So a group took Groomzilla for a bachelor weekend, and between alcohol-fueled rants directed at service industry professionals, to treating us, his hosts, like hell, he was a nightmare. Worse? He keeps saying the trip was a blast.

It was so bad, some longtime mutual friends are bailing on the wedding, and a couple of us loyalists are stuck in the middle. We don’t want to mention it to Groomzilla, or he’ll know they’re talking about him, but we don’t want their absence to be the first he hears there was a problem.

They may have good reason to decline their invitations, but they don’t have standing to pull a no-show. That’s fighting fire with gasoline.

But that’s them. For you, know this: The responsibility of this situation is not on you. If the argument is that the injured parties are in the right, they should maintain it by telling the groom what’s up so he has a chance to correct it – or burn the bridge himself.

As of now, there’s a lot of gay drama from all sides. Groomzilla is on a cloud and oblivious to the consequences of his actions, the offended friends want to lash out and retaliate rather than resolve the real problem, and you remaining queens are gossiping about it as if that does anyone any good.

First one to the high road of communication to clear the air wins.

A gaggle of Lakeside alums that I graduated with have decided I’m the odd lesbian out. A couple of them were my friends once, and a couple more weren’t even out yet when we graduated. All of us moved to Midtown and Decatur in the last three years, and for some reason they hate me. I’d like to say I don’t care, but it hurts to see them having a “home team” and me outside the circle by myself.

As if high school and teenage angst weren’t enough drama and disappointment, these people drag it out and snare you into playing along. Don’t let them.

Back-in-the-day connections should support each other, or be lost to history. You’re better off without them.

The only one you can change is yourself, so let go of their hold over you and move on. They could grow up someday and see their errors, but waiting for it hurts no one but you.

This column first appeared in the Nov. 23 print edition of Q magazine, which you can read below.