HOW TO: Plan the perfect party in the new year

From intimate gatherings at private homes to large-scale events at gay clubs, New Year’s Weekend is a time to party. So we quizzed some expert party planners and event organizers for their tips on how to host the perfect event.

If you’re already knees-deep in putting the finishing touches on an event this weekend, don’t fret. These tips are great for New Year’s Eve events, but even better for events to come throughout the new year.

Lists. Let’s repeat that one: Checklists. They are the key to hosting a spectacular event. If you’re a Type A Personality or obsessive compulsive, you’ve already got this one covered. But if you’re like most people, thinking through your event and committing it to paper will pay off in the long run.

“Having a checklist gives you peace of mind and lets you know you have a game plan,” says Frank Bragg (top photo), a gay longtime restaurateur who recently took over operations at Radial Café. A list will also keep you organized and able to plan ahead, he adds.

Your plan for hosting should include what to do when all of the guests have left, says Rande Head (second photo), a gay foodie and the founder of the Big Gay Supper Club. In other words, a plan for hosting is great; a plan for cleaning up the mess left behind is even better. 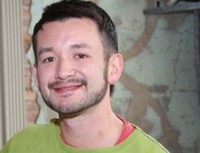 A checklist can also help keep things simple, which is the path to take for house parties, says Karla Kreitner (third photo), one of the lesbian co-founders of Kardon Events.

“Everyone just wants to have fun and be with their friends,” Kreitner says. “If you make it too complicated you’ll spend the whole evening fretting over the details instead of having fun. Create a checklist that includes everything from shopping to stocking the bar with ice and drinks. This ensures you don’t forget anything as you prepare.”

Focus on your guests 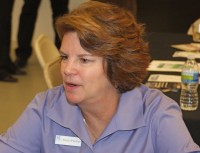 Seems simple enough, but consider who’s going to attend the event. Chris Coleman (fourth photo), who organizers some of gay Atlanta’s largest nightlife events, says he works to attract a core group of influencers. Once you hook those folks, they bring friends and help promote the event through word of mouth. Think that doesn’t work? Check out Coleman’s Overhaul All Night After Hours in the early morning of New Year’s Day.

“If you’re looking to throw a house or intimate event, you definitely want to get some of the core group invited and have them RSVP,” Coleman says. “This core group inadvertently is successful in marketing your event.”

Planning a guest list also helps you control costs, Head says. Keep in mind that people on the list always being friends, so factor that into plans for space, food and liquor, he adds.

Thinking about your guests ahead of time also allows you to anticipate their needs, Bragg says.

“Anticipate your guests’ needs, but throw in some of your own flair. Use your guest list to help craft your event’s food menu, beverage selections, décor and theme,” he says.

A gay’s gotta eat (and drink) 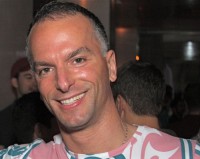 What’s a party without the platters? Serve food.

Sheila Merritt (fifth photo), vice president for business development at lesbian-owned Q&A Events, says you don’t need to prepare an entire meal, but make sure that some of your snack and finger foods are heavy. Besides, food helps slow the absorption of alcohol, which means everyone can enjoy the event that much longer, she adds.

Head says keep the bar options simple: One clear and one dark liquor, simple mixers, waters, and wine and champagne always do the trick.

Don’t do it alone

Justin Longenbach (bottom photo), one of four gay friends who organize the widely-popular Party Like a Rockstar event at Amsterdam each New Year’s Eve, says a key to their success is having dedicated hosts – as in, more than one.

“The key to a great party is having hard working party hosts to help promote and entertain the guests,” Longenbach says.

Merritt says short of multiple hosts, you can also enlist the help of friends.

“Everything can be ready to go before the first guest arrives so that you can enjoy the evening with your guests, rather than spending the entire party working,” she says.

If your event goes from intimate to large-scale, consider staffing up to meet the demands of the evening. Coleman advises that hiring bartenders is always a plus – pick the right ones and that might even help your marketing efforts.

If that is a budget buster, Kreitner says consider hiring some help for the first two hours of your event.

“You want to have fun with your friends and not worry about all the details of filling ice, taking out the trash and putting more food out,” she says.

If your event does outgrow your home, Longenbach says consider the long list of LGBT venues around town that will be happy to help host.

“How about somewhere different? There are over 20 gay bars in Atlanta. Try to spark interest in other clubs which might not get the huge business all the time. It helps them out, along with showing people there are more than three bars in this town,” he says. 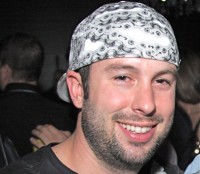 At some point, you will want these people to leave. That might be made easier by – here it is again – planning ahead. Hosting the event at your home? Ask your guests to carpool, something your neighbors will appreciate, Merritt says.

Carpooling may also help lead to designated drivers. Yes, the trouble with parties is that people tend to drink. So consider some rewards for those teetotalers who will get the drunks home safely.

Also, offer plenty of bottled water and keep a list of phone numbers for taxi companies at the ready for your guests, Kreitner adds.

Now that you’ve got the blueprint for executing the perfect party, here’s one last bit of advice from Bragg.

“Your guests will take cues from you, so if you are frantic and scattered, they will be too. With time to spare, you can relax and enjoy everyone’s company,” he says.