How to play a ‘Real Gay Housewife’ on TV 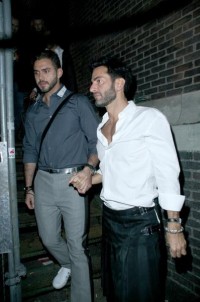 Hoping to repeat the success of “RuPaul’s Drag Race” and capitalize on a proven formula, Logo now plans “Kept,” a version of “Real Housewives.” But the casting call is just kind of embarrassing.

Viewers actually visited the channel for RuPaul, so rather than catching the occasional “Queer As Folk” re-run or a gay movie worth watching on an off chance, Logo (Comcast channel 288) would like to draw you in with more programming of their own.

We’re all for it, but when the producers of “The Real Housewives of Atlanta” on Bravo put out their call for 20-something gay men with sugar daddies, “super sized personalities, super-fab exciting lifestyles … and drama, drama, drama,” we threw up a little bit in our mouths.

Classic Entertainment Group put the word out for “Kept,” slated to air in 2010, and started by saying they want “A List” gay men. What follows that statement proves that they’re looking for anything but.

Here’s what the casting call has to say. Judge for yourself whether the show will ultimately tickle your fancy.

Or have that as a goal.

Very interested in couples where one guy is the “breadwinner”, the other living large on his dime. …

You must have A LOT going on— hot careers, take fabulous vacations, have second homes, do the Hamptons, & Pines or Bucks County or Asbury Park and know the IN social scene in NYC.

You have partnered or want to partner with a Sugar daddy to make your dreams come true.

Maybe you are fresh out such relationship and you are in search of the same. …

Please Submit:
• Photos (many) of yourself AND your significant other. Multiple photos please. We need your name(s) / age / email address / cell #.

• Mention what you do for a living (or are pursuing) / what your significant other does for a living…. We want to know everything.

• Snapshots of where you LIVE. Mention if you have a weekend house / vacation house etc…. mention all of the trappings. PHOTOS HELP

• Tell us about FRIENDS THAT WE CAN CONSIDER along with you for this crazy ride. **Very important.

• SELL US on You and your lifestyle! Why are you so fabulous? WHAT’S THE BIGGEST DRAMA IN YOUR LIFE? 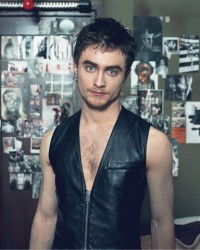 Still interested? Oh, fine. We know people will watch it. Just hurts a little to have them openly admit exactly how much shallowness these shows require.

By the way, reports swirled early-on that the show would include designer Marc Jacobs and whatever boy toy he was toting at the moment. Uh, we mean, his boyfriend Lorenzo Martone (top photo).

Turns out, that’s just a rumor. Maybe they couldn’t count on him to keep one twink long enough to film and air it? Just sayin’.

And maybe, just maybe, Daniel “Harry Potter” Radcliffe is gunning for a part. Check out his latest look (bottom photo). Appears to fit right in to us. Again, just sayin’.