How this fitness hottie builds a better body 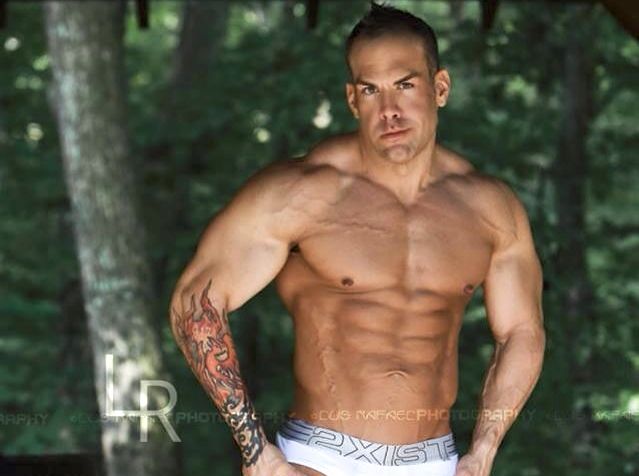 When you spend your workday mixing with hunky guys showing off plenty of abs, you better bring your fitness A-game. But for Matt Colunga-smith, it's more than a passion. It's a competition.

Colunga-Smith, 37, is the general manager of Swinging Richards. He's no stranger to baring it all on the strip club's stage but for several years, he's saved his performances for a stage of a different sort: bodybuilding competitions.

It's a hobby and his passion, so we asked Colunga-Smith to share his secrets to fitness success.

What got you so focused on fitness?

I grew up as that chunky kid that was always in the background. Can't tell you how many times I went to bed praying to god that one day I could have a nice body. I didn’t start working out until I was 20 when I started stripping at Swinging Richards. Even then I didn't quite know what I was doing and just kind of made it up. In 2004, I met eight-time Mr. Olympia Lee Haney and he took me under his arm and got me into the sport of bodybuilding. I did my first show in 2005. 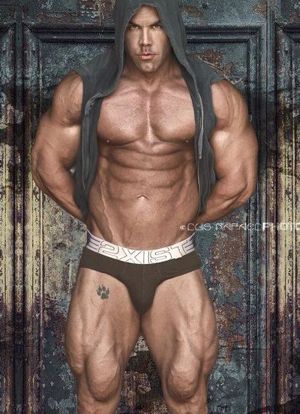 The diet: Veggies instead of carbs

Right now I'm dieting for a show in August. Eating out is done for 15 weeks. You can only trust yourself when it comes to cooking your food for pre contest. I eat five meals and one shake a day. My diet changes every two weeks depending on where my body fat is. A two-week period might look like this: 0 carbs on Mondays and Thursdays with 350 carbs on all other days. I eat 10 egg whites in the morning. My next four meals consist of two meals of chicken and two meals of white fish. On the zero carb days, I use green veggies instead of carbs. I weigh and measure everything.

The workout: Day by day

As far as cardio goes, I do 20 minutes in the morning on Stairmaster in intervals. Then it's arms on Monday, chest on Tuesday, quads on Wednesday, back on Thursday, shoulders on Friday and hamstrings on Saturday.

Believe it or not, I still use a coach for diet and a few workouts a week. A good trainer can push you a lot harder than you will ever push yourself. I started training with John White in 2008 and won three of the four shows I did, placing second in the other.

Off-season can get hard. You still diet but you're allowed to cheat more. You want to put on size in the off-season, but you don't want to get to chunky. The more fat you put on in the winter, the harder you have to work to get it off in the spring. Lee Haney always taught me to stay within striking distance of a show. You should always be able to see a little bit of your abs.

Time and time again I see people fail on a diet. It's to easy to cheat or tell yourself you will double up on your cardio tomorrow if you miss it one day, but we all know that never happens. You have to keep your food prepared in containers at home. If you get hungry and nothing is ready to eat, you will sure as hell look for something easy and it's usually not good for you. Every year I pick a show. I post it on Facebook and tell my family so that I have no choice but to do it. The last thing I want to do is walk on stage in front of 800 people in a pair of trunks looking like shit.

Your motivation: Peeling off that shirt

All good things do take time. It's hard work but worth the results. Be true to yourself and make sure you are doing it for yourself, nobody else. There's no greater satisfaction than looking in the mirror with your shirt off, smiling at the results and knowing you did it all on your own.

If anyone ever has any question feel free to hit me up on Facebook. I'm always happy to help someone better themselves or at least point them in the right direction. 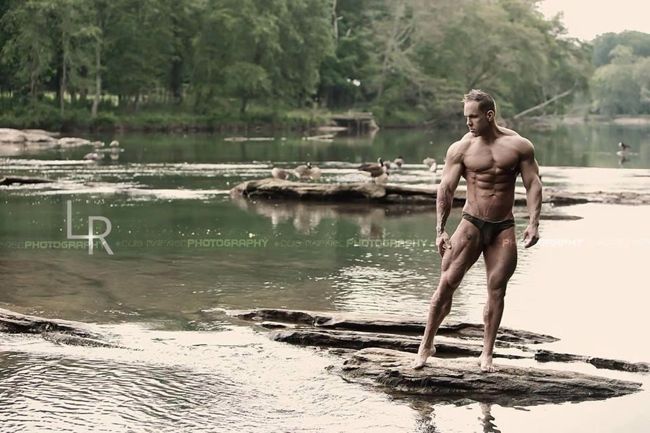