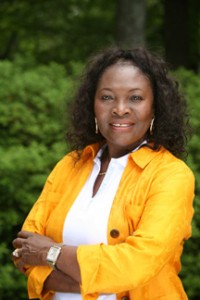 As you head to the polls today — yes, there are like five of you that will vote in Tuesday’s primary runoff — two gay political groups offer a few tips on which candidates to consider.

Both Georgia Equality and Atlanta Stonewall Democrats are firmly behind Joan Garner, a longtime activist who’s running for the District 6 post on the Fulton County Commission. In an interesting twist, Garner’s in the runoff with Keisha Waites, who’s also a lesbian.

What’s not so firm is the recommendation from both groups to vote for Georganna Sinkfield (photo) in the Democratic primary for Secretary of State. She faces Gail Buckner in the runoff. Georgia Equality didn’t endorse in the primary, while Stonewall backed Michael Mills. But now the groups say Sinkfield is the best choice. Why? You have to look back to 2004 for that, says Georgia Equality.

As a state lawmaker in 2004, Sinkfield voted against the constitutional amendment to ban same-sex marriage — three times. She also voted against a measure that bans cities from requiring businesses to have nondiscrimination policies in place if they want municipal permits or licenses.

Buckner? She voted yes on the gay marriage ban, which was later overwhelmingly approved by Georgia voters and upheld by the state Supreme Court. She was absent on the nondiscrimination measure.

Stonewall also says you should consider voting for Yasmin Neal in the District 75 House race and Dar’shun Kendrick in District 94. The group endorsed Neal in the July 20 primary.