He’s just out of the closet. Is it a relationship deal breaker? 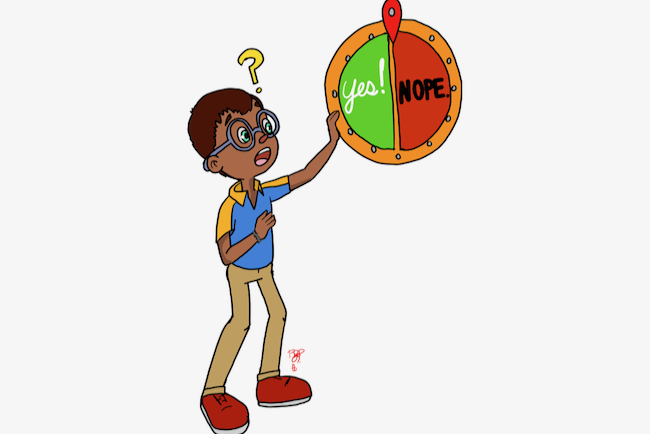 Knowing when discordant relationships are a good challenge to have, or when your differences are actually dealbreakers.

I’m dating an awesome guy who aligns with me on so many levels, but the trouble is that I’ve been out of the closet for 20 years, and he came out last year.

We’re around the same age, and we both love sci-fi and video games. We’re both successful and fulfilled at work, and we have both traveled extensively.

But while being openly gay is exciting and new for him, it’s been-there-done-that for me. He has a lot of questions, and at first I was eager to help him figure it all out, but lately I just want to talk about something else.

To make matters worse, I increasingly feel that he’s just late to the party and need him to catch up. How do I broach the subject?

Differences in taste can help both parties in a relationship grow, but differences over a few core issues are tougher to navigate. Discordant “outness” is one of them.

Your experience is typical of guys at different stages of coming out. It creates a power struggle. The person further along becomes frustrated, and the more closeted or recently out person feels inadequate.

Now the tough part. The chances of him “catching up” after 20 years are low. If it’s early enough in your relationship, consider this a possible deal breaker. If you’ve already fallen, it will take more patience than you’ve shown so far to make it work.

There’s no wrong time to come out. Begrudging him his journey is not only pointless but selfish. Your best hope is to constantly communicate where you are and actively listen to where he is. Channel your best self. Use truth and kindness as your guide.

My boyfriend and I have been together almost a year and are ready to take it to the next level. For me, that’s monogamy and marriage. For him, that’s emotional monogamy and an open sexual relationship.

I’m not sure I can be happy his way, and he says that he can’t live up to mine. Should I compromise my values for the man I love?

You actually ask two questions: Should you change your original idea of monogamy for the man you love? Maybe. Should you compromise your values? No.

It’s great that you both are honest about what you want. It’s a challenge, but the fact that you’re communicating could be a sign to stick with it a little longer.

What’s the hurry? Before pitting marriage against throwing in the towel, give it at least 18 months. After that, shack up to see how it would be and take time to unearth more critical information – like the definition of “the next level.”

I’m HIV-positive, and the guy I’m seeing is HIV-negative. I’m terrified of giving it to him. I’m obsessed. I can’t stop thinking about it. Should I just let him go?

Being in a sero-discordant relationship comes with unique challenges, but it’s the one discordant relationship in this column that definitely doesn’t have to be a deal breaker. Play safe, talk openly, and by all means have mind-blowing sex together. Use your growing intimacy and trust to discuss and calm any fears.