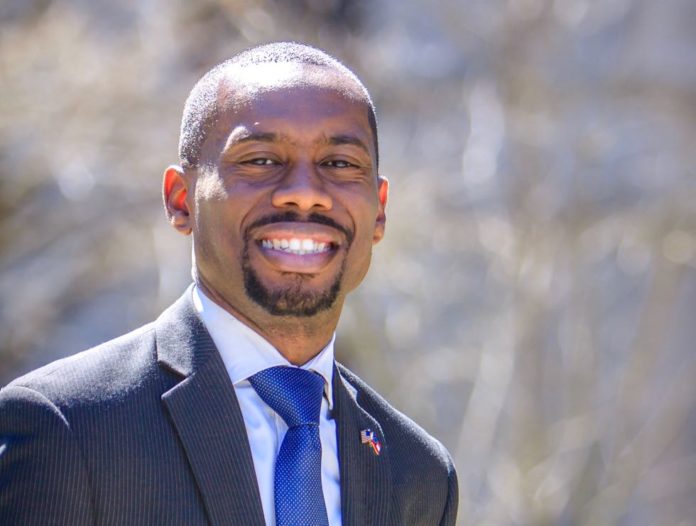 About to embark on his third campaign, De’Andre Pickett faced a difficult decision: Run as his “authentic self” and embrace a campaign that could make LGBT history in Georgia. Or avoid the issue as he had in earlier races.

He picked running as an out candidate for the first time and hasn’t looked back.

“It’s about being comfortable with you. It’s about being comfortable within yourself,” Pickett said on a new episode of Podcast Q. “And so I said at the end of the day, I am who I am and I’m going to continue to fight for every individual, every black young man, every black woman, every gay, straight, every lesbian, every queer, every transgender, every individual who has ever felt like they had to be something for someone and they could not be their authentic self. I am going to fight for you. I’m going to speak for you because I know what that feels like it and I never again will allow myself to be placed in that kind of box.”

Pickett – an educator, civic activist and church elder – faces a Dec. 5 runoff for the District 60 seat in the Georgia House. He placed second in a three-person general election and is now running against Kim Schofield in the runoff.

Listen to the podcast on iTunes, Google Play and Stitcher.

On the new episode, Pickett discusses how his campaign focuses on education, healthcare, criminal justice and economic growth in the legislative district, which sits in Fulton and Clayton counties and includes portions of East Point, Forest Park and Southwest Atlanta. He’s familiar with the workings of the Gold Dome after several years as chief-of-staff to two lawmakers. So stepping into the race was a natural move, Pickett said.

“It has been about community, about making sure that the people are represented,” Pickett said.

But after two past races – East Point City Council in 2013 and the Fulton County Board of Education – Pickett also wanted to run this campaign as an LGBT candidate.

“For me, it really was a hard decision. But at the same time you get to a place where you get tired. You get tired of this being this person and being this persona that everybody wants you to be. And even though you’re an amazing person, even though you’re speaking great things to people and you’re encouraging people to be their best self and everything else, but you still have this one part of you. You still have this one aspect of you that you aren’t really ready to relinquish,” he said.

But Pickett said it has made him a better candidate.

“I’m stepping out of my box and created my own circle. So that’s where I’ve been and I think that has caused me to be more comfortable, in a better place where I am now to be a better candidate for everybody,” he said.

If he wins, Pickett would become the fifth openly LGBT person in the state House and the first gay African-American man ever elected to the Georgia legislature. It’s something that sticks with Pickett as he campaigns in the district.

“I am humbled, I am excited and honored,” Pickett said.

“But I think those type of firsts require you to utilize that to make sure that you are pushing a platform that makes that something of importance. I can’t just have that title and not use that to educate people on what it means to be a young black LGBT man in America. And not only just that, being a young black LGBT man preacher. That is hard,” he added.