How Ceasar Mitchell will be ‘vigilant’ on LGBT issues as mayor 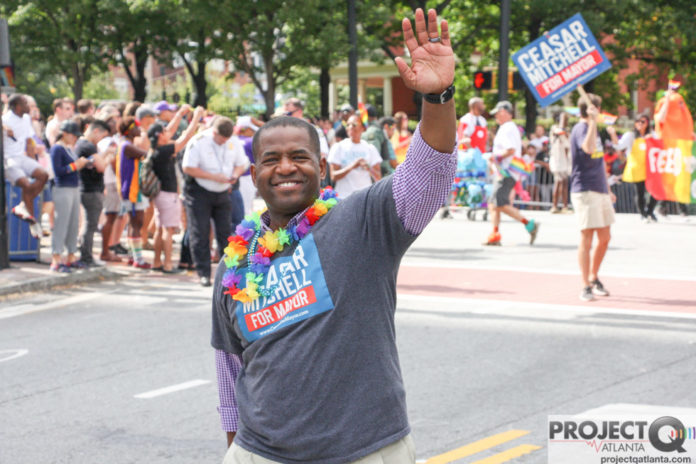 Ceasar Mitchell has called for the defeat of anti-LGBT legislation, tweaked North Carolina for its anti-trans law and enjoyed LGBT support on his path to winning office as City Council president. Now he wants to continue his work on LGBT issues as Atlanta’s next mayor.

“We have to continue to work on is ensuring that city government is a place that regardless of your sexual orientation, you know that you can find opportunity and be treated fairly,” Mitchell said in a new episode of Podcast Q. “And that has to be said and every policy we put in place has to be a reflection of that. So that’s the work that we have to continue. And that’s the work I believe that we have to be vigilant about and diligent about.”

Mitchell said as mayor, he would use the office as a bully pulpit on LGBT issues. For proof, just check his record as City Council president, he said.

“In addition to being a voice, I’ll continue to put my money and my mouth and my action where my mouth is,” Mitchell said.

On the new episode, Mitchell also discussed what he learned from his father’s service as a police officer, his commitment to LGBT issues, how Atlanta can “push forward prevention” of HIV and why he’s running for mayor.

“I really want this city to continue to deliver on its promise, its promise to a young person born in this city in any circumstance – that promise that that young person can grow up in and grow smart and grow successful and not only impact the city but really change the entire world. That’s Atlanta’s history and heritage and that’s what I want to continue to do as mayor,” Mitchell said.