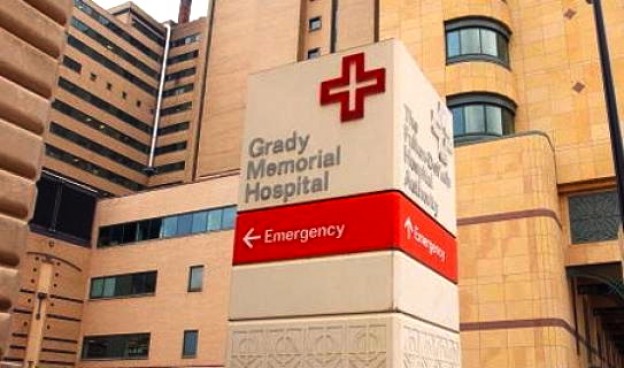 Nobody wants to get sick or injured. But if a Georgia hospital stay is in your future, you better damn well hope it’s in metro Atlanta. That’s the upshot of HRC’s national report on LGBT hospital policies.

The Human Rights Campaign’s annual Healthcare Equality Index rates 407 hospitals that responded to its survey based on four factors: Non-discrimination policies based on sexual orientation and gender identity for patients, the same for employees, same-sex partner and parent patient visitation, and sensitivity training for hospital staff on LGBT patient care.

The full report was released during a Tuesday press conference, and 153 healthcare providers, hospitals and health networks landed a perfect score on gay- and transgender-friendly policies across all four categories and were named HRC Healthcare Leaders. Sadly for those in Georgia not lucky enough to live here, every last one of the top-ranked hospitals in the state is in metro Atlanta.

The Feminist Women’s Health Center, among healthcare facilities rated separately from hospitals, passed all four categories with flying colors. All 12 Grady Health System facilities, hospital or not, hit a home run, too.

“We are honored to be named a leader in healthcare equality,” John Haupert, Grady’s president and CEO, says in a prepared statement. “From the beginning of the AIDS epidemic, Grady has been a leader in providing services for lesbian, gay, bisexual and transgender patients, as well as advocate for their right to be treated with compassion, dignity and respect. Our dedication to serving Atlanta’s LGBT community and our philosophy of fair and equal treatment long ago extended beyond the walls of our AIDS center to encompass all of the health system’s services including primary care, inpatient, emergency and level1 trauma care.”

Atlanta’s own LGBT health gurus at The Health Initiative provided the staff training at Piedmont Hospital, which helped earn the facility a perfect score. But Linda Ellis, director of the Health Initiative, says that while improved overall scoring is great, there’s more work to be done.

“We congratulate our partners, Feminist Women’s Health Center, Grady Healthcare Systems and Piedmont Hospital on their Leaders ranking in HRC’s latest HEI,” Ellis says. “Leader ranking is a vital first step toward full healthcare access for LGBT individuals, because it means that good policies and support exist at the highest levels.  Now our work with these partners begins in earnest, translating those policies to quality care at the bedside and reception desk through front end staff training.”

Other findings show 28 states with no hospitals scoring 100 percent, so Atlanta alone allowed Georgia to dodge that bullet. Here are the Georgia hospitals with HRC’s perfect score for gay- and trans-inclusive policies: