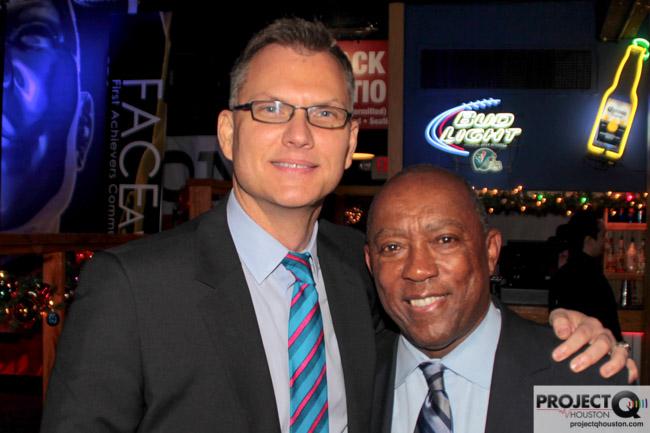 LGBT activist and politico Lane Lewis' campaign for City Council received a boost with a badge as the Houston Police Officers' Union announced that they back him for the At-Large 1 seat.

Lewis announced the nod on Thursday:

“It is a great honor to have the backing of our police officers,” said Lewis.  “These men and women put their lives on the line everyday and, as a City Council Member, I will work to put more officers on the street and provide them with the resources they need to keep our neighborhoods safe.”

Despite a crowded field, Lewis was the HPOU’s clear choice. Lewis has served in a civilian capacity to the Houston Police Department through several appointments including the Police Advisory Committee, the Citizen Review Committee, the Administrative Discipline Committee and the Police Academy. Lane's history of building bridges between cops, council, and community will serve Lewis and Houston well.

Lewis announced his campaign to Democratic activists in December and officially launched it with a campaign kickoff and fundraiser on March 5 at the home of gay Houston Realtor Bill Baldwin.

Lewis faces several candidates in the race, including transgender construction consultant Jenifer Rene Pool. He has resisted calls to resign as chair of the Harris County Democratic Party, arguing that holding a political office while running for another is “common practice.”