Gay Atlanta knows a thing or two about big gay bonnets. And Miss Lawrence took his to “The Real Housewives of Atlanta” to show those reality queens how it's done.

At least that's how the sassy stylist did on Sunday's episode, giving us a reprieve from the show's flirtations with gay-baiting and replacing them with fabulousness during Kenya Moore's charity event. And in the process, setting the bar even higher for gay bonnets everywhere. 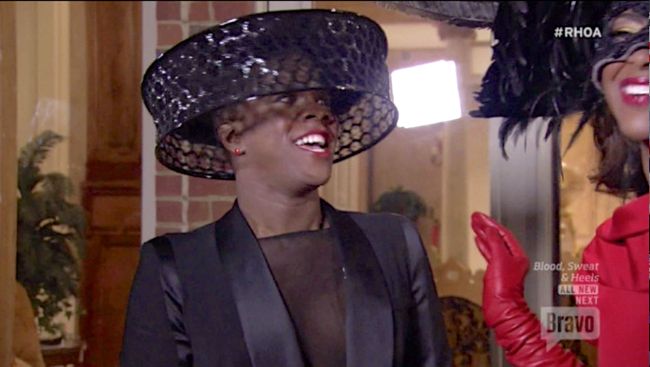