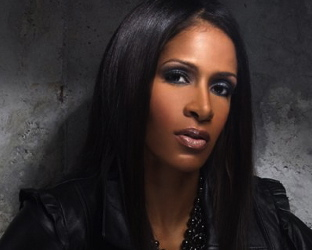 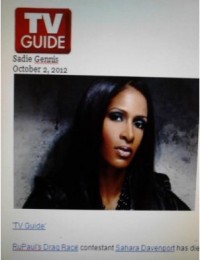 Davenport (top photo, right), aka Antoine Ashley, rocked gay Atlanta fans and “Drag Race” alums alike when he died suddenly of heart failure on Oct. 2. In TV Guide’s rush to publish the news, someone there found a photo of Whitfield (left) and got it wrong. So wrong.

The mug mixup (second photo) was removed from TVGuide’s website, but only after Sheree, who won’t be back as one of the “Housewives” this season, tweeted TV Guide asking for the correction.

“I am sorry to hear about the lost of Sahara Davenport My condolences go out to her Family. Pls remove my picture from your website @TVGuide”

Was Bravo’s “Most Talkative” gay bigwig Andy Cohen talking about it? Girl, of course he was. And he wasn’t surprised at the mistake, either. Maybe he thought better of his tweet to Sheree about it, because it’s been deleted from his other condolences about Davenport’s passing. Good thing there’s a screen capture: