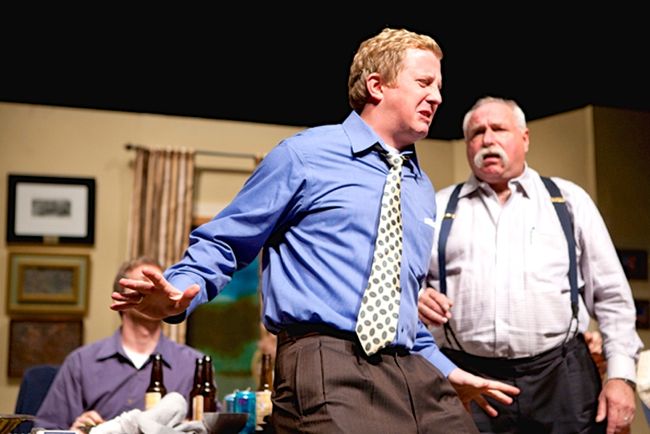 A state House race in Cobb County took an anti-gay turn on Monday as an anonymous robocall accused a Republican challenger of being gay and supporting same-sex marriage and transgender equality.

The last-minute hijinks came in a 30-second robocall aimed at dinging Bert Reeves among conservative GOP voters. The narrator, in a slight gay voice, says Reeves will "continue to stand for marriage equality and equal rights for all people." Listen to the ad below.

“Hi. Please listen to this important message. Global Action for Trans Equality would like to endorse Bert Reeves for the seat of your next state House representative. Bert Reeves and his partner Matt have been well-respected attorneys in Marietta for a long time.

“If elected, Bert Reeves will continue to stand for marriage equality and equal rights for all people. We’re counting on your vote tomorrow.”

Reeves called out the ad as running counter to state ethics laws, according to the AJC, which first reported the robocall late Monday.

We called Reeves, a former prosecutor and first-time candidate, who was clearly bowled over by the vitriol contained in the message. “This is the third group that’s attacked me, violating Georgia ethics law,” Reeves said.

The AJC story also came with this humorous disclaimer about Reeves:

Reeves says he is unmarried, and has a “lovely, wonderful girlfriend named Amy.” Not that there’s anything wrong with that.

Notwithstanding his role as Felix (photo) in "The Odd Couple" at the Strand Theatre in Marietta in 2012.

Reeves is challenging state Rep. Charles Gregory for the District 34 House seat. With no Democrat in the race, Tuesday's winner in the GOP primary is likely to win the seat in the November general election.

“The audio sent to me by Jim Galloway is complete nonsense. No one in my campaign has anything to do with it. In fact, I called many Republican Primary voters that I know around the district and have yet to find a single confirmation or any evidence that this call actually went out. Either way, it’s obvious that such a call would in no way benefit my campaign. It would not surprise me if certain groups formed in the last two months backing my opponent were behind this whole thing.

Gregory, who says marriage is between a man and a woman, ousted a Republican incumbent in 2012 to win the seat. That candidate? Judy Manning, who has some issues of her own with the gay marriage.