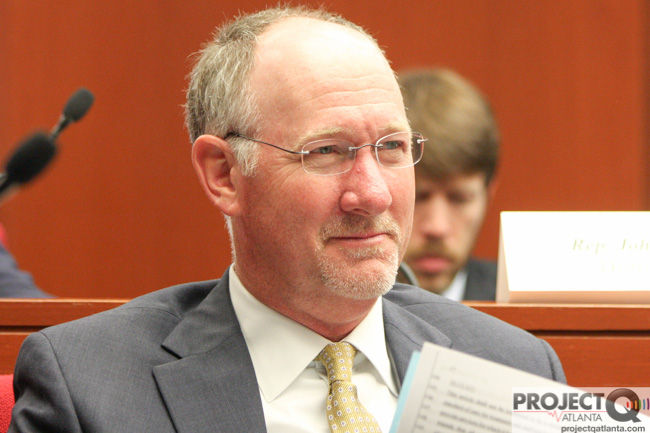 The Georgia House on Tuesday easily approved legislation expanding access to medical marijuana to include people with AIDS and five other conditions.

The House voted 167-4 in favor of the measure, a compromise struck between House and Senate lawmakers who earlier in the session proposed differing legislation impacting the state's medical marijuana law. The modified measure, Senate Bill 16, now moves to the Senate, which is expected to pass it and send it to Gov. Nathan Deal for his signature.

As the House considered the bill on Tuesday, it saw a rare moment for a body that typically avoids LGBT and reproductive health topics. Rep. Allen Peake (photo), the Macon Republican and champion of the state's medical marijuana law, delivered emotional remarks that specifically mentioned AIDS.

“On behalf of the unknown gay man in Atlanta, whose life has been ravaged because of AIDS, who suffers unbearable pain because of his condition but who now will have a legal option for medical cannabis oil to ease his suffering. On behalf of him and other AIDS patients thank you for supporting this bill,” Peake said.

People with HIV and AIDS were included in Peake's original bill, but not in another medical marijuana bill from Sen. Renee Unterman. HIV and AIDS were also not included in the compromise. The measure approved Tuesday states that someone with AIDS will qualify only, “when such syndrome is diagnosed as severe or end stage.”

The compromise bill keeps the THC level – that's the chemical responsible for most of the psychological effects of marijuana – at its current five percent. The bill also adds five other conditions to the list of eight diseases that qualify for treatment with cannabis oil – Tourette's syndrome, autism, epidermolysis bullosa, Alzheimer's disease and peripheral neuropathy.

Peake also thanked Speaker David Ralston, a Republican from Blue Ridge, and shared his signature moving stories of children and families who will benefit from expanding medical marijuana access during his speech from the House floor before the vote.

“Now we’ve taken the next step of allowing more of our citizens to have this option for their medical conditions. Many of those citizens would like to thank you, this body, but since they can’t stand with me in this well, I am going to thank you for some of them,” Peake said.

Ralston also thanked Peake for his leadership on the measure.

“I want to thank him for caring more about this issue than whether it was a [House bill] or a [Senate bill] because he just wanted to get it across the finish line. And I think this House owes him a debt of gratitude. Nobody has worked harder or cared more than Allen Peake,” Ralston said to applause from House members.

UPDATE | The Senate approved the compromise bill – Senate BIll 16 – by a vote of 45-6 on March 30. It now goes to Gov. Nathan Deal for his signature. 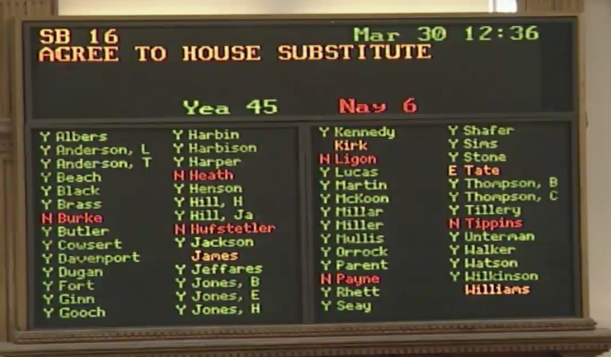