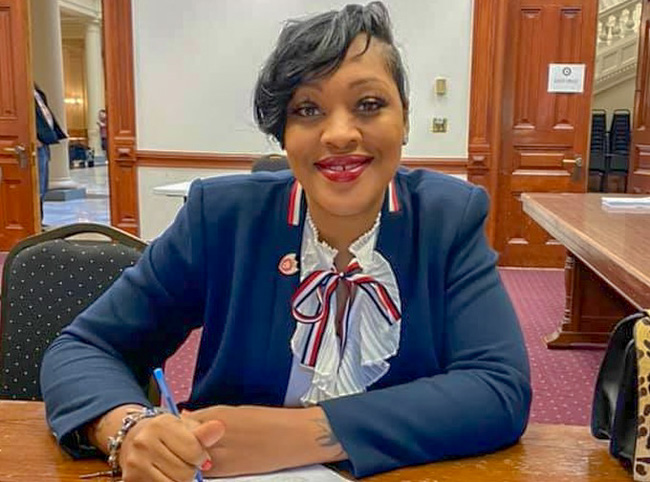 A Republican author and former reality show star pardoned by President Donald Trump compared LGBTQ people to pedophiles as she qualified to run for a U.S. House seat in Atlanta.

On Friday, Angela Stanton-King tweeted an image of a rainbow-colored gun being held to someone’s head along with a list titled “LGBT Rights.”

The offensive tweet came the same day she qualified to run against U.S. Rep. John Lewis, a longtime LGBTQ ally, in the 5th Congressional District. 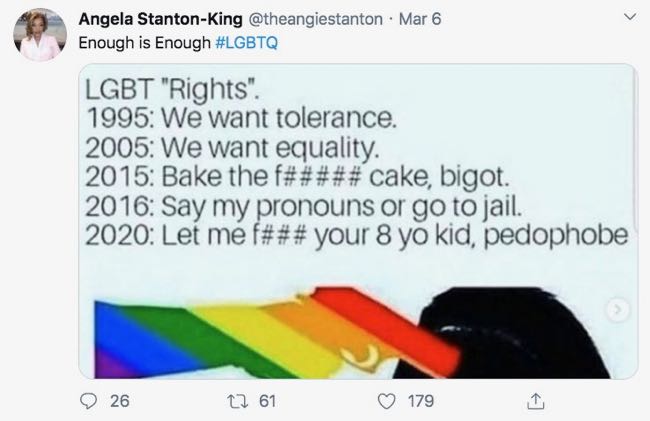 Hate like this will never be supported in our communities. This is a true reflection of the dilusional rhetoric fueled by political warfare & is on the opposite spectrum of equality & humanity. But, we must meet this conscious injustice with love & unconditional understanding.

Brown is the only openly LGBTQ member of the Atlanta City Council.

Trump pardoned Stanton-King in February following a 2004 conviction on federal conspiracy charges for her role in a car theft ring. She spent two years in prison. Trump called her “a champion for redemption and rehabilitation for all who strive for a better life,” in a White House statement following her pardon.

She appeared on the BET docuseries “From the Bottom Up” and wrote the 2012 book “Life of a Real Housewife.” She is the goddaughter of Alveda King, according to the AJC. King, a niece of Martin Luther King, Jr., has a long anti-LGBTQ history, including comparing same-sex marriage to genocide. 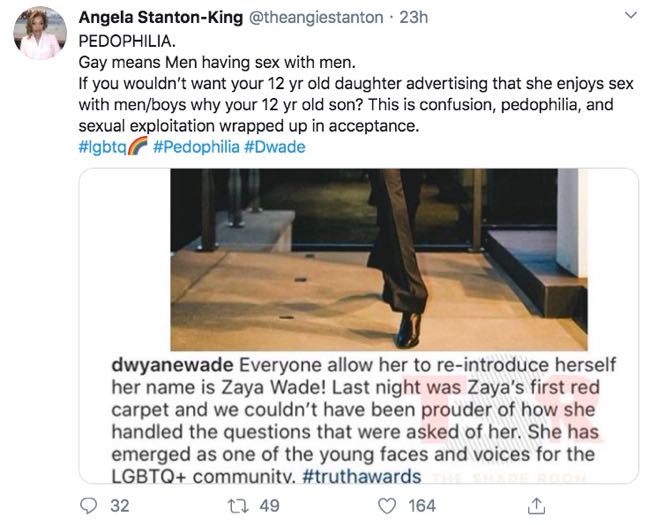 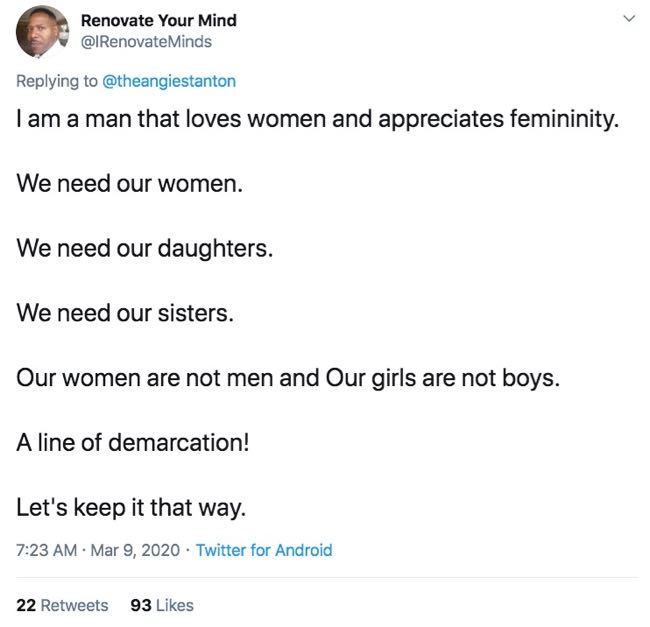 Lewis, a longtime LGBTQ ally, announced in December that he is fighting Stage 4 pancreatic cancer. He qualified on March 2 to run for his 18th term in the U.S. House.