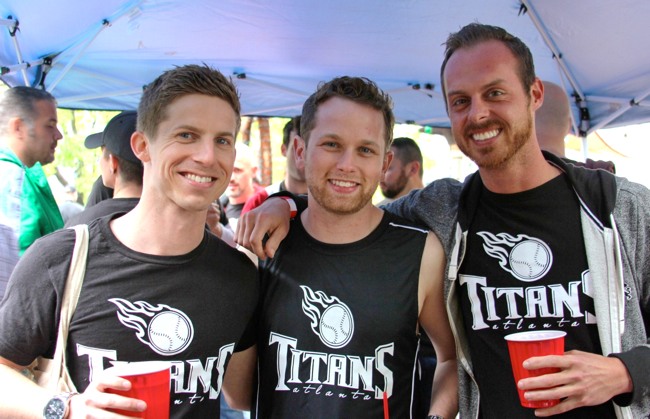 Hotlanta Softball’s season is but a few weeks old, yet we’ve already knocked back beer at more than a few beer busts. But no team hosts them quite like the Titans, who live by the motto, “We pre-game harder than you party.”

Earlier this season, the Titans bowled and beered. But they did it again on Sunday during their signature event — Party on the Patio at Joe’s. They describe it like this:

Hotlanta Softball League’s craziest, wildest, and undisputed champions (if we say so ourselves) of drinking host PARTY ON THE PATIO at Joe’s on Juniper!

And what with $10 bottomless beer, Jell-O shots, a DJ and raffle prizes, the annual event always lives up to the hype. No, really. Check out photos from the 2012 event.