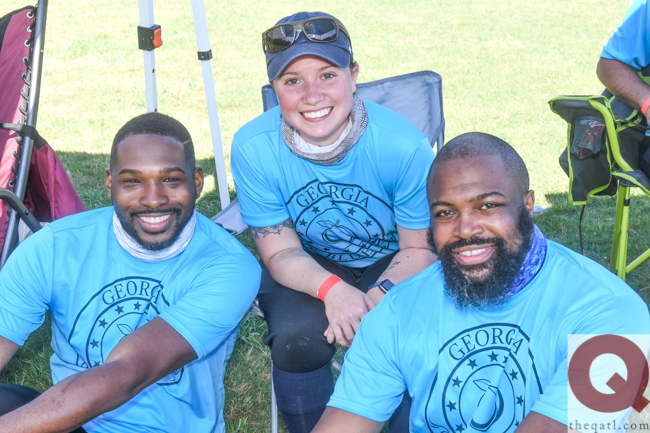 After a year of waiting and months of planning, everything came together for Hotlanta Softball League on Sunday to host its Opening Day of games.

“While it’s going to look a little different being in a national pandemic, we are still one of the top leagues in the country based on team participation,” HSL Commissioner Kyler Miller told Project Q ahead of Opening Day. Softball is one of at least seven LGBTQ sports back in action this season.

The smiles in our photos show the result of the extra effort in precautions and planning.