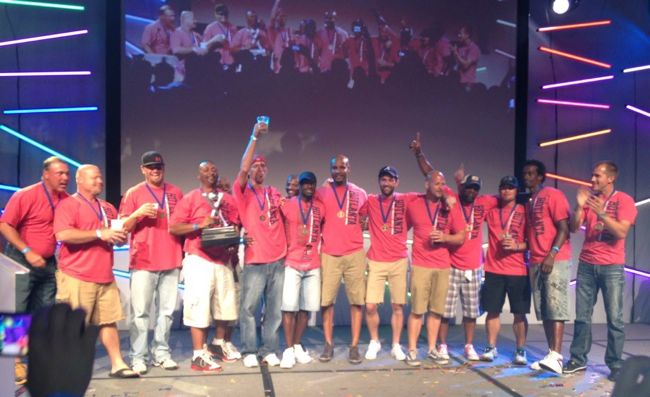 The Atlanta Sluggers won the top division of the Gay Softball World Series over the weekend, one of two teams from Hotlanta Softball to place among the top three in their divisions at the tournament. Ten teams from Hotlanta Softball headed to post-season play at the World Series in Minnesota, which wrapped up Saturday. Two teams scored success: The Sluggers (top photo) took the A Division crown and the Atlanta Menace (bottom photo) took third place in the C Division. The Sluggers even knocked out another Atlanta team, the Venom, on their way to winning the championship of the tournament’s top division. In 2011, the Venom won the A Division title and Gamma won a share of the C Division title of the women’s tournament. The championships for Atlanta teams the last two years were the first for Hotlanta Softball teams since Gamma Lite took a women’s crown in the D Division in 2009 and the Atlanta Riptide won the A Division in 2007. Two men’s teams—the Venom in the A Division and the Wet Demons in the C Division—won the World Series in 2007. Hotlanta Softball ended its season in July and toasted the season winners with a beer bust before they headed to post-season play. The league kicked off its season in March. Other Hotlanta Softball teams at the World Series include Ambush (B), Crew (B), Genesis (B), Assault (C), Aggression (D), Twisters (D) and ATL Leatherman (Master’s). Two women’s teams from Atlanta – Gamma and HBC Mixer Brew – will compete in the Amateur Sports Alliance of North America championships in San Diego, which opens Tuesday. The Sluggers' title adds to the success of gay sports teams in Atlanta this summer. The Atlanta Rainbow Trout’s water polo team won the silver medal in the International Gay & Lesbian Aquatics Championships and the Atlanta Bucks rugby squad captured the Shield Division of the Bingham Cup, which is the gay rugby world championships. Top photo via Atlanta Sluggers; bottom photo via Atlanta Menace 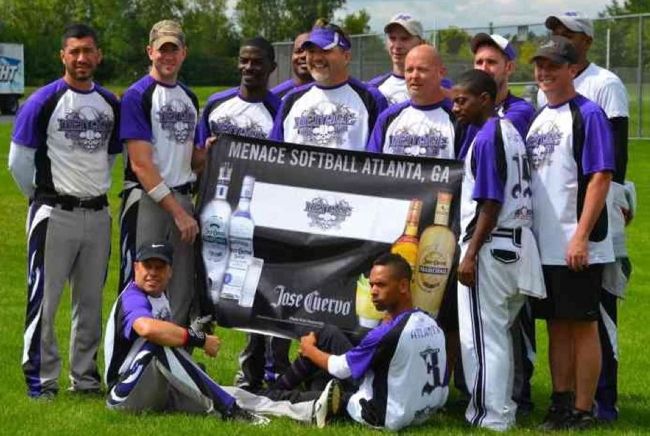