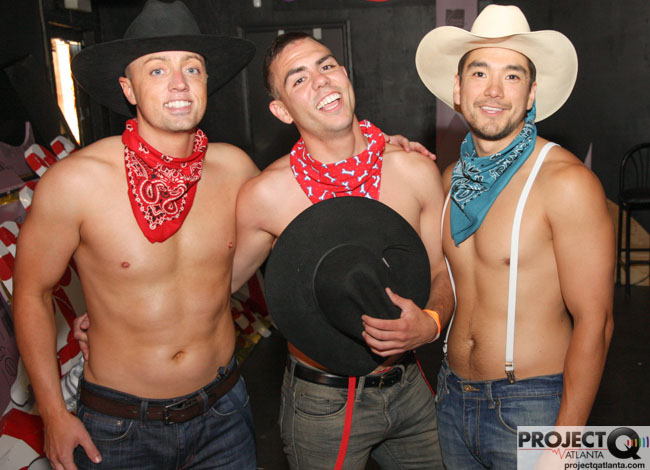 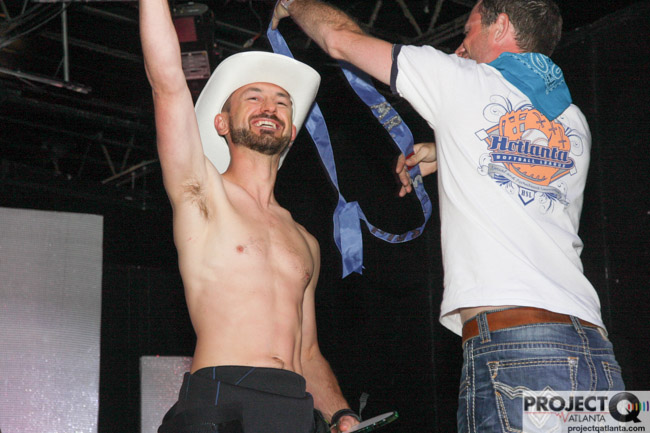 The parade of flesh known as the Mr. HSL contest unfolded on Saturday, offering up a dozen hunks and hunkettes competing for the crown and raising money for charity.

Jeffrey Mayhue (top image) from the Atlanta Titans won the title, taking it from 2013 winner Ron Stan Leathers. He replaced beefy Nathane Davis, who won in 2012. He followed leather-clad hottie Tony Alvarez and Brandon Massello, who took top honors in 2010.

On Saturday at Jungle, a “Wild Wild West” theme guided the contest with plenty of cowboys stripping down and showing off on stage. HSL continued an effort started last year to broaden the event's appeal and attract female contestants. Two women were among the 12 competitors this year.

Tips from the show, hosted by Bubba D. Licious, were donated to Lost N Found Youth and Atlanta Pride. Other funds raised during the event benefit HSL teams heading to the Gay Softball World Series in Dallas in September.

The league's next big events include the Big Peach tournament on May 23-25 and Ms. HSL, which is set for June 7.