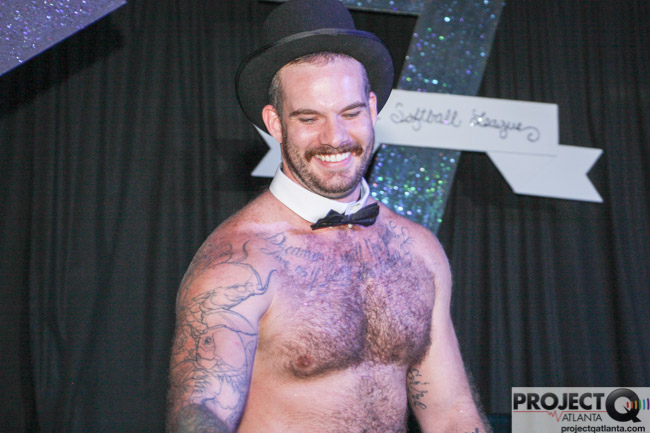 Some 15 Hotlanta Softball players worked hard – and werqued it – as they competed for the Mr. HSL crown on Saturday at Jungle.

When the skits were over, the lip synching done and the tips from the crowd counted, Oscar Baker (second photo) of Enuff Said snatched that crown. Joey Pieper from the Wet Demons took first runner-up and Kyle Krebs-White (top photo) of Wicked placed third.

Baker takes the crown from Kevin Hill, last year's winner. Hill followed Mendy Stark, who won in 2015. She took the crown from 2014 winner Jeffrey Mayhue. He replaced 2013 winner Ron Stan Leathers, who in turn followed Nathane Davis, who won in 2012. He followed leather-clad hottie Tony Alvarez in 2011 and Brandon Massello, who took top honors in 2010.

Peaches emceed the event through a series of gowns and costume changes that would make Cher jealous. The contest offered a team spirit competition and a lip synch battle – all judged by a panel that included entertainer Angelica D'Paige, Chase Daniels, co-owner of My Sister's Room, and Rick Twombley-King, owner of Rick Twombley Fitness.

The theme of the competition this year – “The Seven Deadly Sins” – was easy to nail for this creative – and yes, sometimes raunchy – group of jocks. 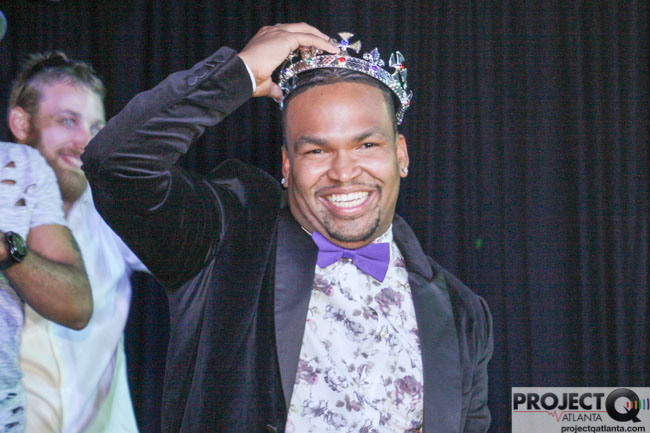