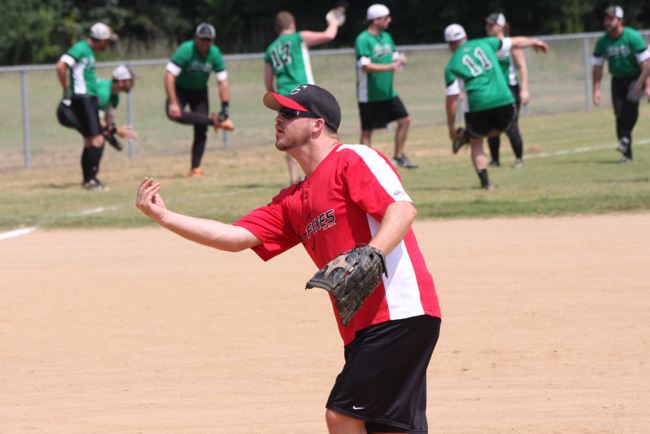 Oh what to do on the last weekend of Hotlanta Softball? Throw a beer bust? Of course. Host a wet t-shirt contest? Yep. But first, there were games to be played and HSL did just that on Sunday as it wrapped up its regular season.

But it’s not over for all of the league’s 33 teams, which opened their season in March. On July 15, the league hosts a play off and then its Commissioner’s Cup to nail down the remaining squads that will head to the World Series next month. Games start at 9 a.m. at West Metro Atlanta Softball Complex.

Hotlanta Softball is sending 10 men’s teams to the Gay Softball World Series in the Twin Cities in mid August. So far, the Venom, Sluggers, Atl Leathermen (Masters team), Ambush, Genesis and Crew are in.

A handful of the league’s women’s teams will head to the Amateur Sports Alliance of North America championships in San Diego in late August.