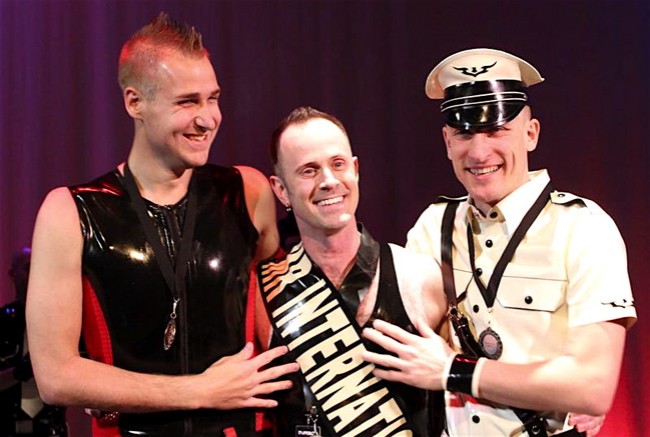 Atlanta’s gay men who like things sticky and stretchy have something more to cheer about. The local rubber enthusiast group’s own G-Man was named Mr. International Rubber 2011 last weekend in Chicago. 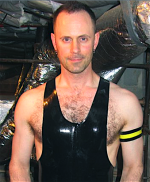 G-Man (photos) took the title among some stiff competition, including 1st Runner Up Roger from the Netherlands and 2nd Runner Up Johnny Switch from Chicago (top photo, right-left). The local hero credits his win with the preparation that came during Hotlanta Rubber Group’s Southeast Rubber Weekend contest in August at the Atlanta Eagle.

“Many thanks to Hotlanta Rubber,” G-Man writes on the group’s Facebook page. “It is indeed gratifying for me that our Hotlanta Rubber Group is able to produce a kick-ass contest that prepared me so well to compete in MIR2011. This is a shared honor.”

Next up for Hotlanta Rubber Group is their November Bar Night at the Eagle on Nov. 26.

“Everyone is welcome at our events,” Pup Nitro, producer of Southeast Rubber Weekend and one of the organizers of Hotlanta Rubber, told us in advance of August’s contest. “You don’t have to wear rubber to attend the festivities, just need to be looking to have fun.”